A Look at Dai on Different Chains

A Look at Dai on Different Chains

The community is discussing what opportunities might be available to Dai on networks outside of Ethereum but with so many different networks and dApps being launched, it can be difficult to get a sense of the landscape.

@Growth has published stats on Dai usage in different networks in their weekly updates (here, here, and here) and @ProtocolEngineering published this thread outlining A Multichain Strategy and Roadmap for Maker.

What happens to Dai once it hits L2s? Hopefully, this article provides some insight.

There’s around 10 million DAI bridged to the Avalanche as aDAI (AVADAI).

DAI can be bridged to the network using the Avalanche-Ethereum Bridge.

Its network is designed to house multiple chains, each supporting its own virtual machine, like EVM or WASM.

Their team describes the model as a “platform of platforms” that provides a scalability outlet for large blockchain ecosystems.

Its consensus model is called Snowball, a PoS algorithm designed by Ava Labs.

What can I do with DAI on the network?

To bridge from the xDAI network to BSC, use the Omni Bridge.

Transactions on the BSC network are paid in BNB, so you may need to purchase or swap some currency to BNB to cover the fees when transferring tokens off the network.

BSC likely doesn’t need much of an introduction. It hosts more daily transactions than Ethereum or any other blockchain ecosystem.

There are currently 44.43 million DAI on the Fantom network, and the ERC-20 DAI contract can be viewed here.

You can bridge to Fantom from L-1 Ethereum by using Multichain.xyz.

Fantom is an EVM-compliant distributed ledger technology stack that utilizes a DAG (Directed Acyclic Graph) based platform. The Fantom OPERA network is designed to power smart cities, a topic discussed by @derek in A Multichain Strategy and Roadmap for Maker.

In essence, Fantom allows for increased throughput and interoperability within your “smart city walls”.The network aims to improve myriad real-world sectors, from public utilities and healthcare to education, traffic management, and sustainability systems.

What can you do with DAI on Fantom OPERA?

The network is still coming into its own and offers many of the typical top names in DeFI, but a few native dApps have begun to pick up steam.

Around 62.61 million DAI have been bridged to the network as KDAI.

Users can bridge from L-1 Ethereum using the Orbit Bridge.

Klaytn is an EVM compliant “hybrid” blockchain that combines aspects of centralized and decentralized blockchains. In their words, the network is an “enterprise-grade, service-centric platform focused on providing a user-friendly blockchain experience.”

It’s designed for the easy integration of blockchain technology into current business workflows and allows its users to create blockchain applications (bApps) catered to their specific business needs.

They make the distinction between dApp and bApp as its users aren’t obligated to run decentralized services on the network. This allows for Business Enterprises to create private, centralized bApps while still participating in the public Mainnet.

Klaytn was founded in South Korea by the team behind the social media platform Kakao and is predominantly populated with region-specific apps and services.

It’s run by a Governance Council headed by Kakao, LG Electronics, PUBG, Union Bank, and Binance, among others.

The network consists of three modules:

The Core Cell is publicly available and user-run. Two nodes-types are hosted in the Core: a Consensus Node (CN) and two Proxy nodes (PN).

The Klaytn team maintains central control of the CN bootnodes used to onboard new users by registering them as a PN and directing them to the proper End-point Node (EN).

Outside of Bootnodes, users are free to run public PNs and ENs to help maintain the network. Participating users are rewarded via the KLAY token.

What can you do with DAI on Klaytn?

Because the service is designed for commercial use, information on a large portion of its bApps is not publicly available. That said, the network is open to traditional dApps and web services offered on other block ecosystems.

As of July 7, the Polygon network holds around 418.4 million DAI, the majority of which is held in the Aave protocol.

The official bridge can be accessed via the MATIC bridge.

Polygon aims to help Ethereum “keep up with the competition” as it transitions to a proof-of-stake model. So how does the Polygon network perform?

So, what can you do with DAI on Polygon?

Most of Polygon’s Dapps are the same top Dapps you see on Ethereum, like 1inch and Aave, but Polygon’s working on building its own ecosystem.

Around 13.85 million DAI have been bridged to the xDAI network.

So let’s take our DAI and see what it can do on the xDAI network. Like Polygon, its primary function is to remedy Ethereum’s high and ever-changing gas fees.

All transaction fees on the network are paid in xDAI. Bridges include:

xDAI can also be used to directly swap to the Binance chain by using component.finance to swap from xDAI to wxDAI, or wrapped xDAI.

What can you do with DAI on xDAI’s network?

xDai has another interesting feature. You can visit the BlockScout faucet to claim the xDAI required for a transaction.

From xDAI you can swap directly to BEP-20 DAI, Binance’s version of the ERC-20 standard using component.finance.

The fee for this is paid in xDAI. After swapping to BEP-20 DAI, you can bridge over to the Binance chain.

At the moment in the PE team we’re wrapping up the risk framework and this information is exactly what we want to slot in to build up the awareness of different chains! Thank you

Happy to help! Let me know if you need anymore digging done!!

Don’t forget that the production release of the Swarm decentralized storage network runs on xDAI. We finally have an ethereum-native alternative to IPFS. xDAI is used for bandwidth micropayments and postage stamps for long-term storage.

Very nice breakdown. What about NEAR? No love for NEAR? They showed a lot of love for DAI by building that Rainbow bridge. Hopefully folks have not written them off…

Out of All the chains you named above–which one offers the highest DAI Yield Farming returns? Thanks in advanced.

Thanks for reading! I hoped to include chains like NEAR and Polkadot, but their block explorers offer very little on token distribution. If you can point me to the contract hash, I’ll do some digging.

As for yields, a lot of it comes down to personal risk tolerance, but here’s a quick run-through.

So, your mileage may vary, but Polygon seemingly offers the highest yields of the listed chains - at least for more established Dapps.

Thanks for the heads up! I’ll do some research on them.

Loopring is an interesting project that uses ZKRollups and different asets can be traded within its exchange including DAI. (I don’t know if it enters as a chain as such).

xDAI is one of my favorite networks because it is fast and cheap. A large community of Venezuelans use it for exchanges.

and why not add xDAI?

From what I can gather, xDAI is still primarily being used to cheaply bridge between chains.

But please keep in mind TVL of these pools is rather low when compared to major chains.

Just took a look through Swarm- I’ll add Loopring to the list.

@alec excellent overview. I was curious but has there been any discussion or thought given to deployment on Solana? You hear about progress they are making quite a bit and some former Foundation devs (like Wil Barnes with the Jet Protocol) are building there. I’m non-technical but perhaps the reasons why it hasn’t been top of mind are the different programming language required (rust v solidity) and it would have to be a new deployment of the Maker Protocol rather than a bridge.

Well, you will see the news soon

I love this, thank you.

Well, you will see the news soon

woaaaaa, at least one clue hehehehehehe don’t leave us in doubt hehehehehe

Looks like the UST (Terra Luna) community and Do Kwon are taking their stablecoin to Solana via that Curve type of protocol called Mercurial: 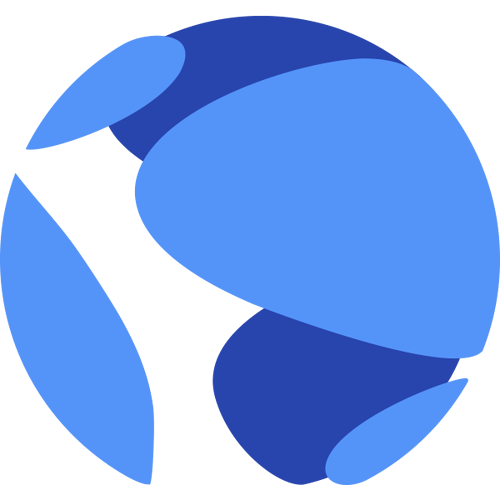 Disclaimer: I am a member of the TFL team. Background: A key growth metric for Terra’s ecosystem is the market cap of our stablecoins. Increased stablecoin utility and distribution makes our stablecoins less fragile, our ecosystem stronger, and...