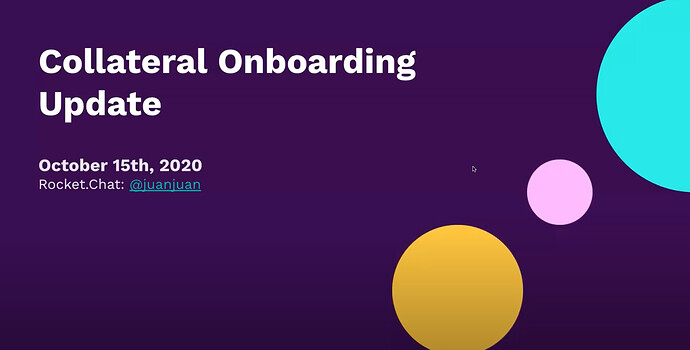 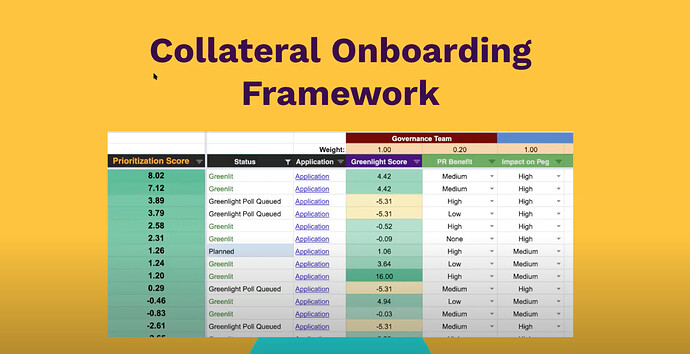 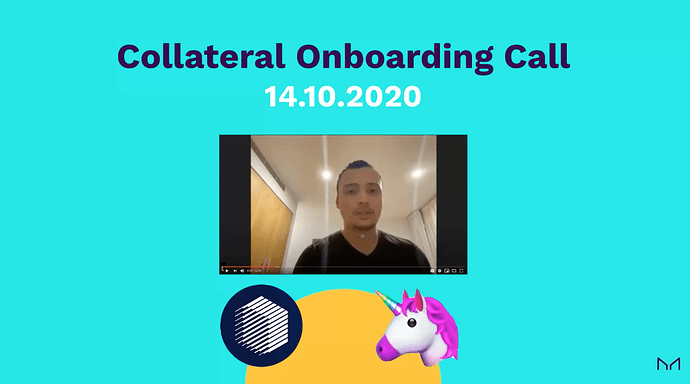 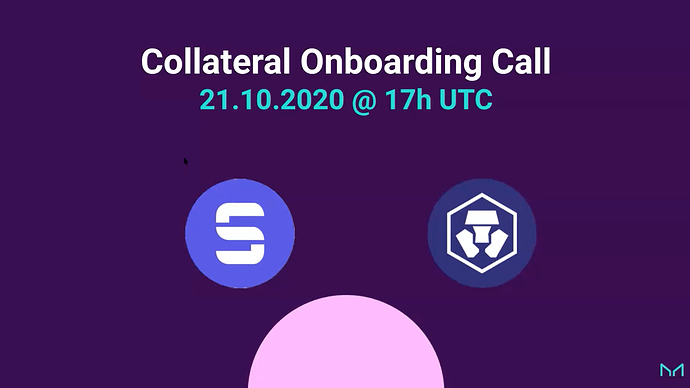 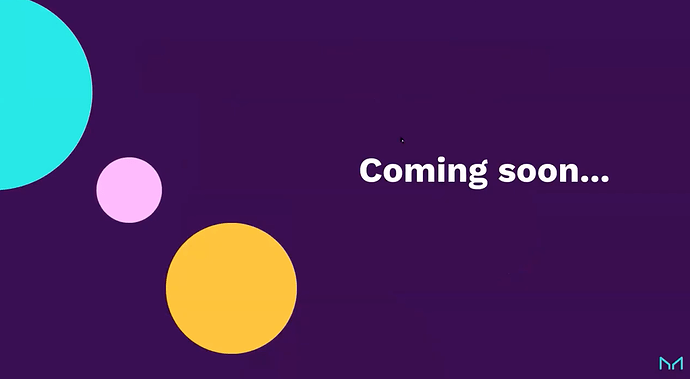 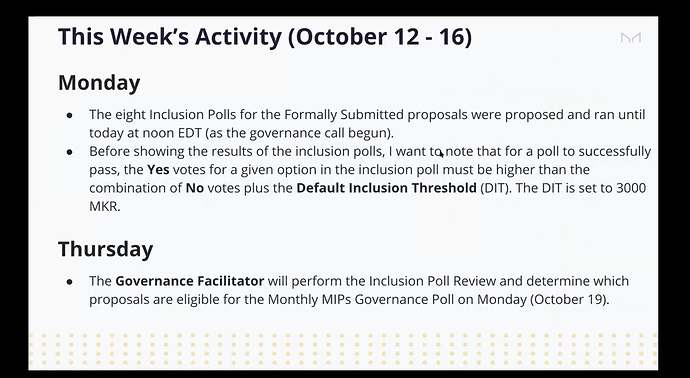 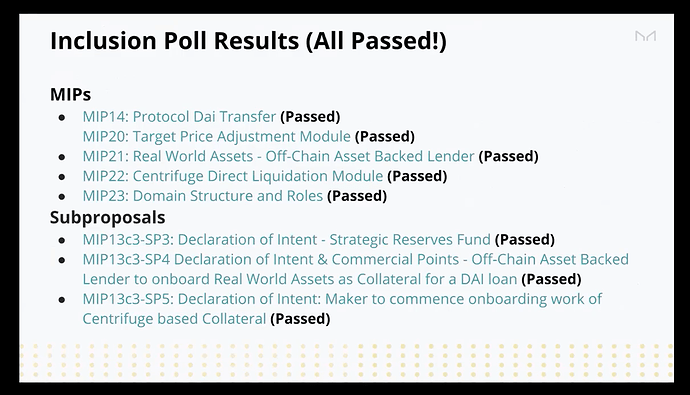 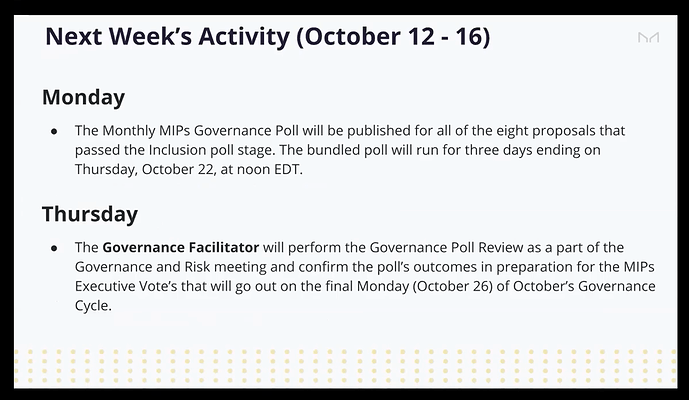 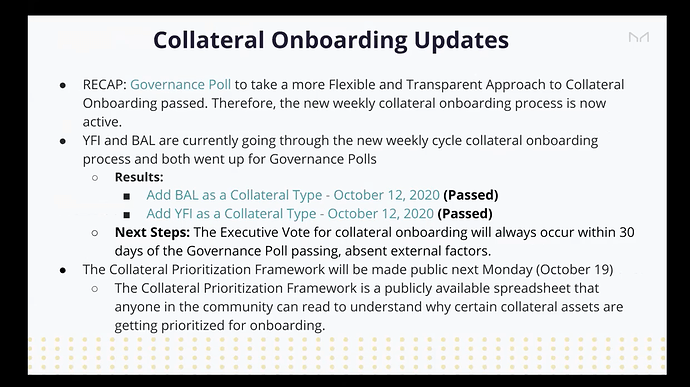 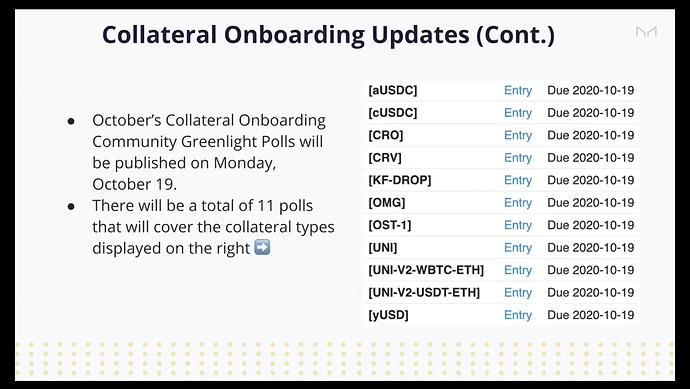 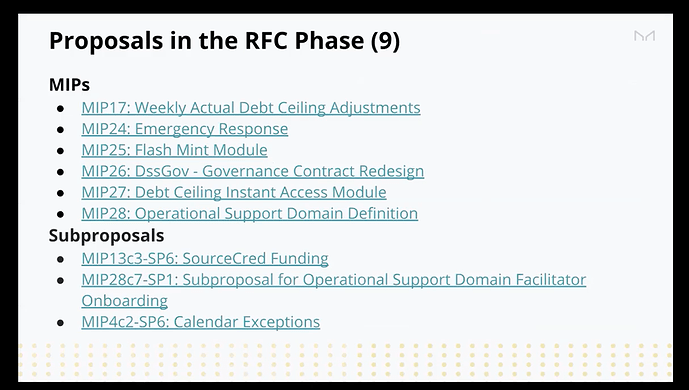 Welcome back to snippets, an experiment we’re running to help improve governance communication. We’re posting a high-level overview of the Governance and Risk call ahead of the high fidelity call summary very week.

Operations and Community Development with @amyjung

I recently joined the community and stumbled upon this while looking for ways I might be able to contribute. I’ve developed assessment/prioritization frameworks in the past in my corporate consulting work and would be happy to share my thoughts here if they’re welcome.

I recently made a high-level structure assessing and prioritizing new token and new blockchain integrations for the multichain discussions at Ren Project here. If we wanted to apply it to Maker, we’d obviously need to adapt the structure to consider the LTV risks resulting from price volatility. I had also considered adding a scoring rubric to give quantitative scores for qualitative benefits/risks.

Let me know if any of this sounds interesting to you, and perhaps, we can discuss!

Sounds awesome, @DeFiFrog. Let’s talk.
Are you on rocket.chat (chat.makerdao.com) ? 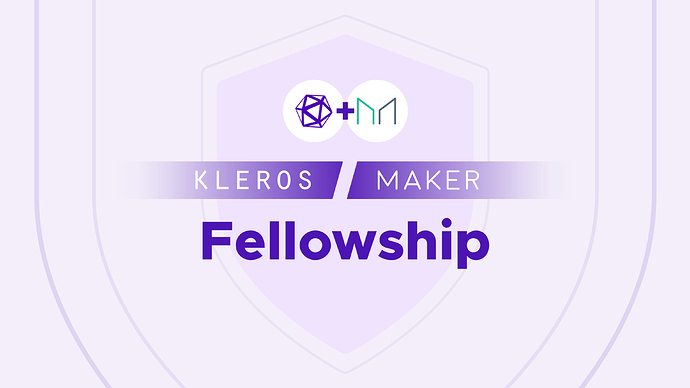 Cooperative Kleros and Maker Foundation are excited to announce a research call for a Kleros/Maker Fellow on Decentralized Finance.

Are you on rocket.chat (chat.makerdao.com) ?

). The closest work experience I have to that subject is related to Anti-Money Laundering / KYC consulting for a bulge bracket in the states.

Considering the fellowship is quite related to what I was hoping to discuss with you anyway, I’d be open to applying if researching the legal and compliance aspects of the report without a J.D. or L.L.M is sufficient.