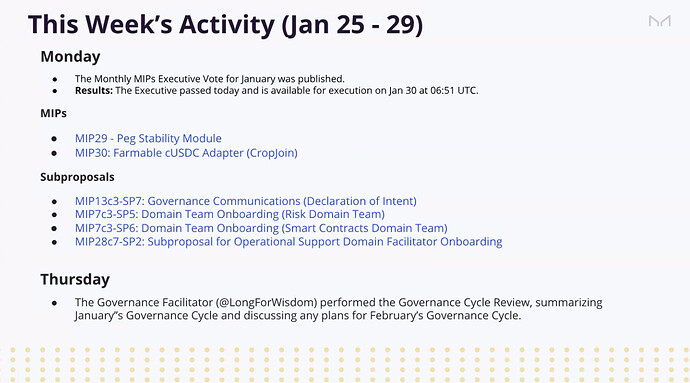 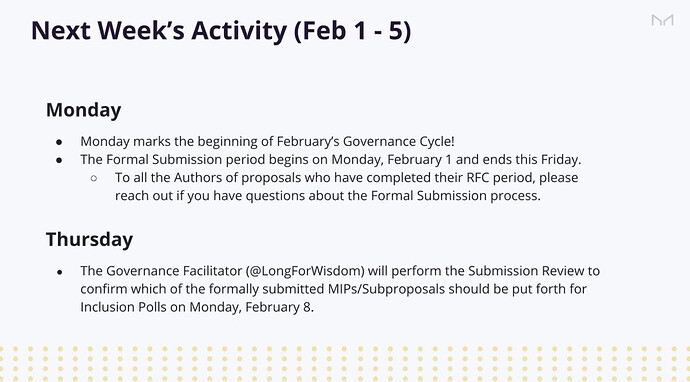 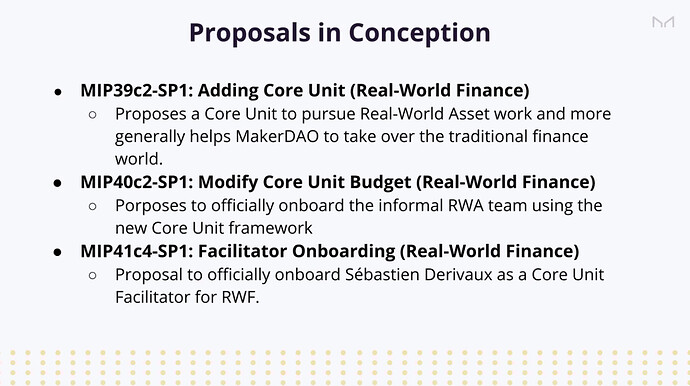 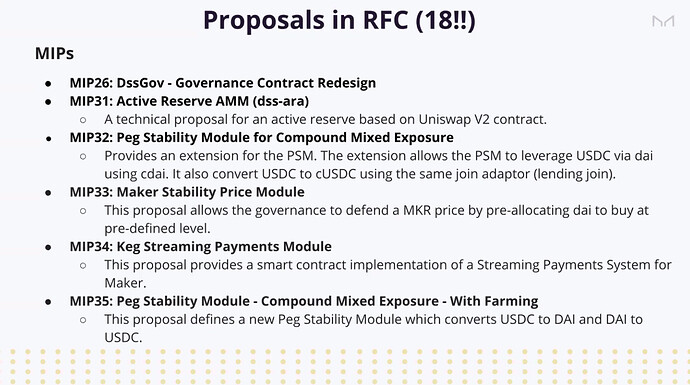 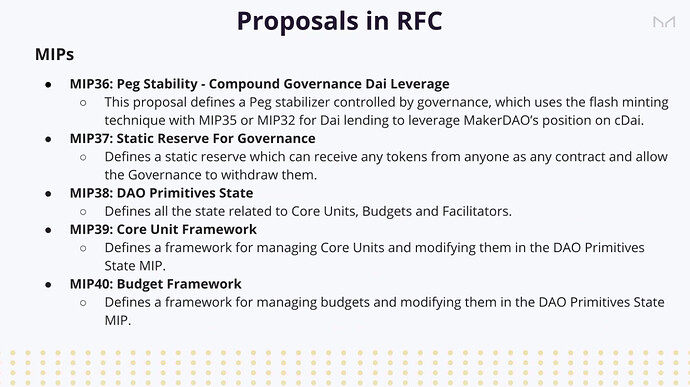 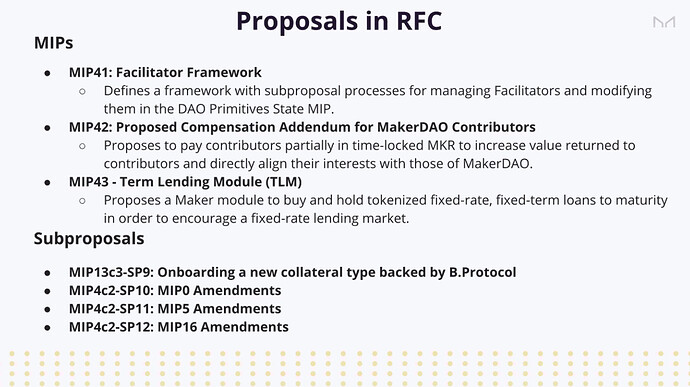 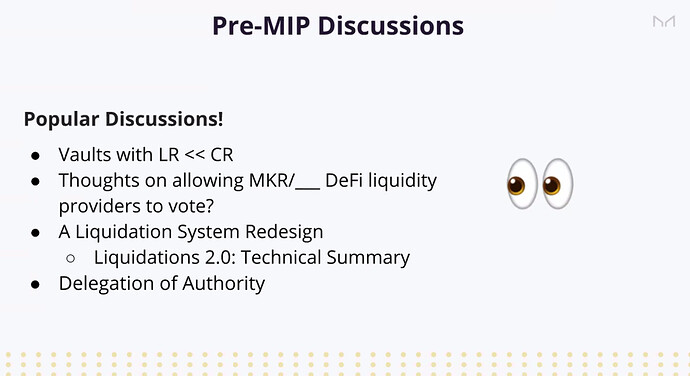 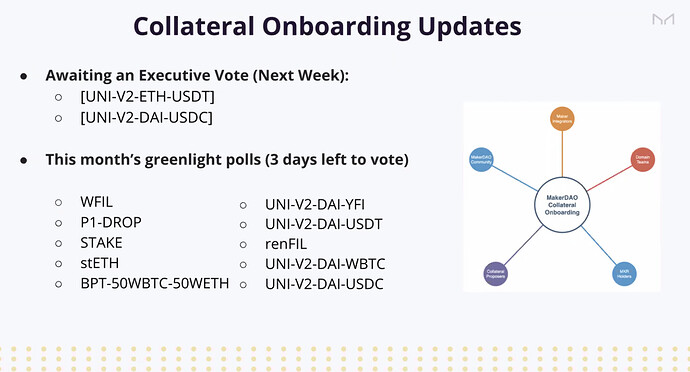 Domain team updates, Monthly MIP Bundle, active discussions and more. All the updates from MakerDAO Governance and Risk Call #126 in this snippet

Thank you to @twblack88 and @prose11 with helping put together this update!