I would be in favor of a vote on making the liquidated users whole (sans liquidation penalties). Personally, I am in favor of MKR dilution for this purpose. 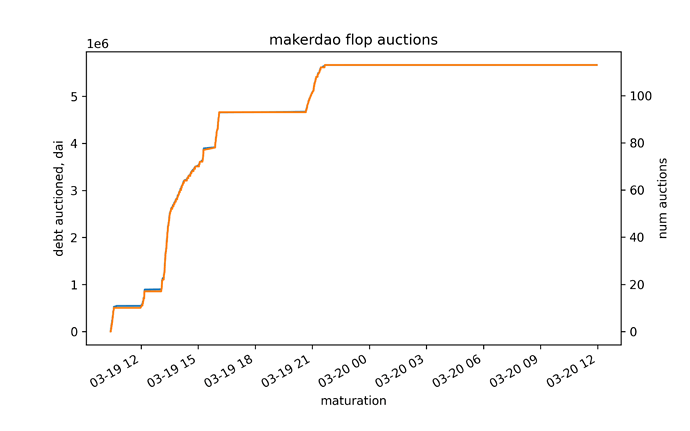 Unfortunately as Centrifuge, there is very little we can do in the short term to alleviate the issues of last week, and I support bringing on USDC as collateral as a short term solution. In the long term though, I think adding non crypto-correlated assets is one of the biggest opportunities to address these issues for good:

Adding assets that are uncorrelated doesn’t just ensure that the value of Dai isn’t linked to a single asset type, it can also help stabilize the price of Dai supply in times of high ETH volatility.

I agree in some points with what @Renat said above and I’m looking forward to discussing the new Collateral Onboarding Process (v1) to speed things up. Let’s pull together and work on bringing assets on board coming out of this with a stronger system. 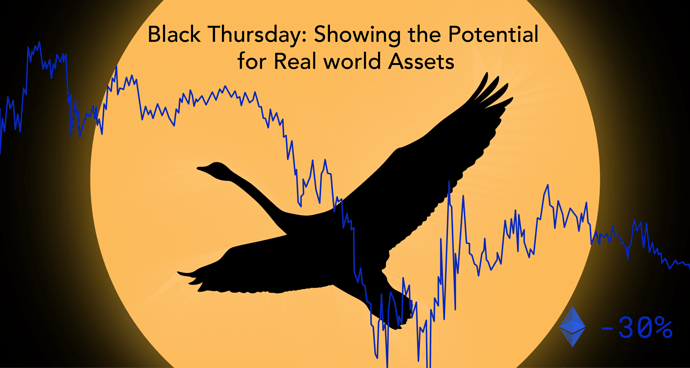 Black Thursday: Showing the Potential for Real-World Assets in DeFi

Our analysis of last week’s events and a positive outlook on the potential of Real World Assets in DeFi.

I have a couple immediate thoughts and a couple more long term thoughts:

Doesn’t the massive change to TTL cause potential issues with regards to competitive (with respect to fair value) bidding. Keepers were effectively selling a 10 minute option, now there are selling a 6 hour option, which will have much more value and cause less competitive bids. This likely fixed the potential for system debt, but increases the chance of effective larger liquidation penalties for CDP holders.

500ETH seems like it may have problematic effects. It will reduce transactions and auctions, but reduce the amount of keepers who can participate.

A lot of the zero bids could be due to a lack of DAI borrow across platforms (dydx and compound were above 100% utitilization for much of the day). Pooled liquidation platforms could alleviate this. A potential attack vector without keepers holding DAI would be taking up all of the borrow for a short period of time (10mins to 6hrs, based on TTL) and bidding on auctions.

A minimum DAI bid for the auction is not a trivial problem. Some ideas:

I’ve just (rather belatedly) closed the polls in this thread.

I know i am offtopic, but damn… good username to rattle LFW.
Targeting Her Majesty’s Secrete Service agent

Thanks already getting flagged for standing up for whats right, everyone that lost 100% of their funds has just cause in any court case. I’m still waiting for makerdao to send back the eth that was stolen from my wallet. they can keep the 13% hair cut like the "code /contract says. Remember kids if your coding “if this then that” is good but if someones going to over ride your that “your gonna have a bad time” always pizza

Just because i laughed when reading your username, does not mean i agree with you.
You did not provide any argument in this topic, plus you don’t seem to understand how protocol works.

I actually think that people complaining/insulting/venting in the forum are not acting in their best interest.