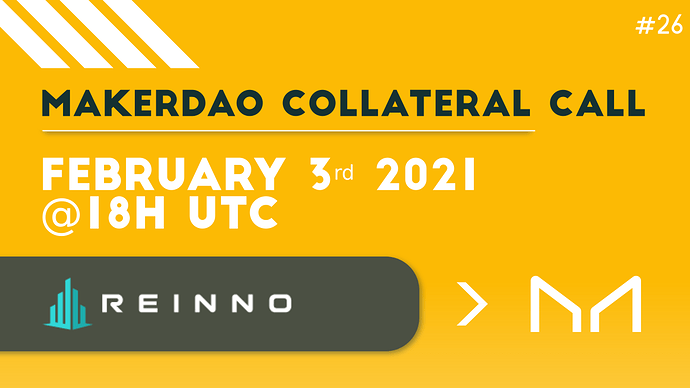 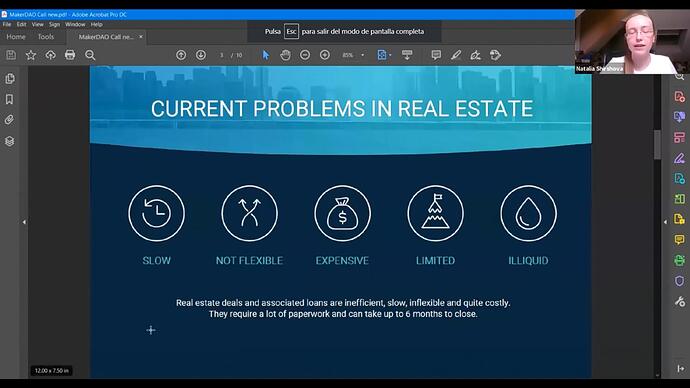 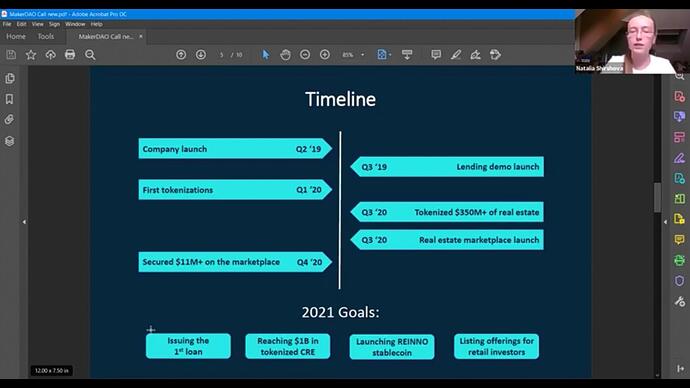 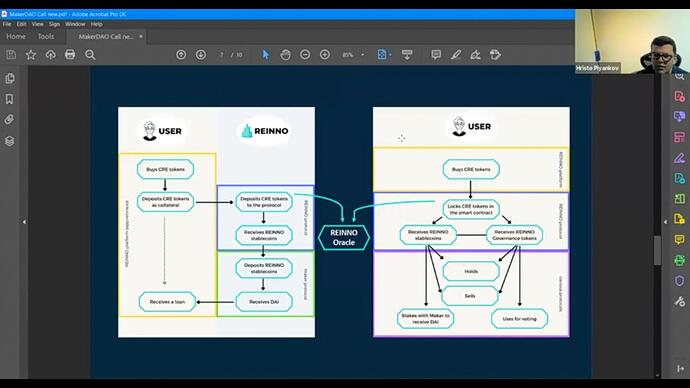 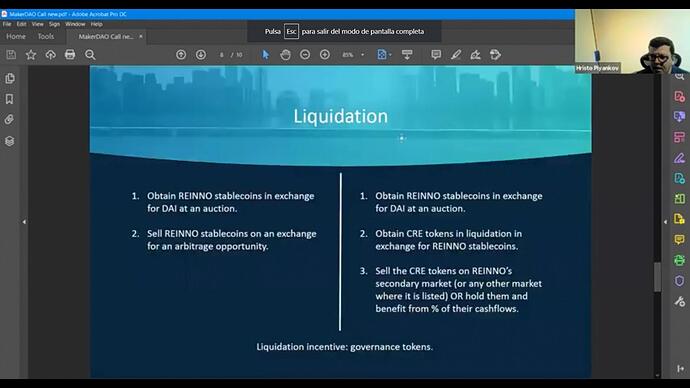 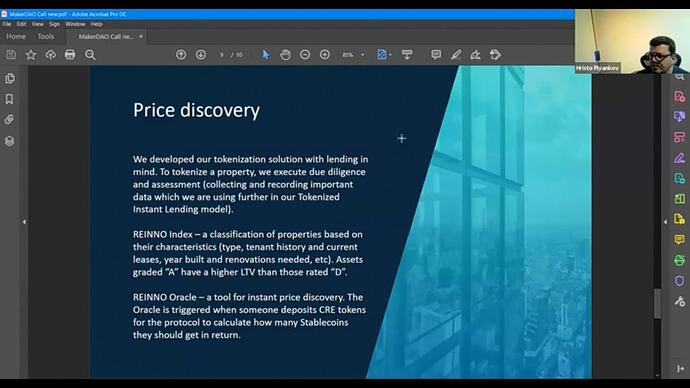 12:50 — Juan Guillén: Why is there another stablecoin? Why is that needed?

16:03 — LongForWisdom: What was the thinking behind making REINNO a stablecoin rather than just an unstable pool of those assets?

17:15 — Juan Guillén: In which situations do you expect liquidations?

17:48 — Frank Cruz: About the real estate being tokenized, where does that get recorded? In some state registry or is it in its own entity and then you’re tokenizing the equity of that entity? How is the title traversed?

19:01 — Sébastien Derivaux: Let’s say I have some CRE tokens and I want to borrow something. You give me some REINNO tokens, which is a stablecoin. I assume at some point there is an interest rate I have to pay. So the debt accrues in my wallet in the REINNO protocol. When I deposit REINNO in Maker to get Dai, do you expect there is also some kind of interest rate?

20:30 — LongForWisdom: You mentioned the first step of minting the REINNO stablecoin and you said you aimed to have liquidity pools for REINNO to keep it stable. What do you actually need Maker for in that situation?

23:37 — Sébastien Derivaux: I see an issue here because you want a vault to bootstrap the liquidity, which makes a lot of sense, but at the same time we usually need liquidity to be able to make the liquidation on our side. There is some kind of circularity.

25:17 — Payton Rose: I’m still not comprehending the CRE tokens themselves. Are those just a claim on the cashflow of a particular commercial project? What do those represent essentially for someone who initially holds them?

33:09 — Frank Cruz: Who actually owns the real estate? Not from the perspective of the county where the dirt is located. It’s owned by an entity or a person. Who owns the entity? If it’s an LLC, who owns the LLC?

41:12 Frank Cruz: Just out of curiosity, have you evaluated this with council about what would happen during the course of a bankruptcy proceeding?

43:05 LongForWisdom: Have you given any kind of thought about how to mantaing REINNO’s peg to US$1?

47:24 — Juan Guillén: Hristo, potentially the opposite is true: The smaller the market cap is, the easier it is for one single player to move the price by a lot. I can imagine that the euro or the dollar requiere much larger capital to sway than Dai or any small stablecoin

49:58 — LongForWisdom: You mentioned that if the REINNO token increases in price, that’s not much of a problem. The way other assets work on Maker, if the price of the collateral token goes up, that means there is more room for users to mint Dai from that token, right? So, if the price of the REINNO stablecoin goes up to, say, 1.1, that means that everyone can mint maybe 8% more Dai — and that’s fine until it goes down again back to 1, at which point they are going to get liquidated. From the Maker perspective, we want it to be as stable as possible…

53:54 — Frank Cruz: Now I understand more: Your assets are owned by an LLC; you’re tokenizing the membership interests of the LLC. Is that like a Reg D offering that you’re doing?