I’m one of the top ten vaults listed in that article. I’ve run test liquidations in the past. I made the decision to liquidate based on the assumption I would get 21 percent of my collateral back, which, given where the network and market were at that point, seemed like a reasonable decision. It is arguable. Instead I got less than one percent of my collateral back due to a flaw in the system design. I would not expect Maker to compensate me for more than 21 percent. If they do, I will use their products again. If they don’t, I won’t. The ability to manage risk is a huge part of what we do in this space. That 79 percent number has factored into my calculations for years. That is what it means to be “aware of the risks.” I cannot manage risk if the numbers Maker reports are off by 21 percent. Without restitution, I and others in my position will have to assume that all of the numbers Maker reports do not reflect the reality. That, for me, is enough to disqualify the protocol entirely. I would gently suggest that the Maker community consider what kind of user would be alright with those circumstances, and whether a community composed of such individuals is the one they are looking to build.

Hello. On Thursday March 12th I could not remove my DAI from the DSR for over 5 hours. I had to go to work so I gave up and added all the ETH i could before leaving for the night. I lost it all, didn’t get anything for my auctioned collateral.

Hope you guys can help us out, because you changed an army of affiliates into jilted lovers.

I would also like to add, seperate from my earlier post, the critical design flaw that the CDP holders would never understand looking at the system or opening a CDP at any point.

CDP holders make a CDP (CDP Holders ALWAYS assume their ETH has a Value Greater than 0) CDP Holders are never wrong in this sentiment. ETH is never 0$ on the market.

At this point the system auctions the ETH with a starting price of 0. At this point, Keepers can still bid 0 and claim the auction.

This means one of two things, first the auction will “accept bids of the same amount” even though no auctioneer would. IE 0 for 0 bids. Gas is not a bid amount, simply the equivalent of raising your bid for the auctioneer. The auctioneer should always be the one holding at 0, or in this case the first bid of 0 via default.

The DAO failed at properly running the auction though they do like to say how “the code worked”. Yes, the code worked but the CDP holders never got a auction. How you can even say this is an auction is baffling as no actual bidding ever took place. The system never received a bid. IE, 0 is not a bid it has no monetary value. The fact that the system valued 0$ more than ETH is a design flaw if not just intentionally malicious due to how egregious an oversight it truly is.

Anybody who set up this part of the code and is familiar with auctions could easily see the opportunity cost, which they did, and act on it during this scenario, again which they did due to having experience with the system in ways CDP holders could not. It was even worse due to the way it was setup as there were multiple keepers bidding 0$. Again, no mechanics in place to ensure a bid greater than the holding price actually occurred or even bids worth at least 5%~ of the value the DAO was loaning DAI at.

If you added a disclaimer that said “Warning: ETH deposited is valued at less than 0$” nobody would have used the system at all, but that’s exactly what the system values ETH at and is completely and utterly counter intuitive to the idea of Collateral. There should never have been a scenario where Assets could be so utterly undervalued (<0$) in a collateralized loaning system with pricefeeds. By very definition of those auction prices the global emergency shutdown would trigger if ETH was that low. I’m surprised that wasn’t even a soft check somewhere with how much discussion it had.

Expecting any user to be this savvy with the poorly coded machine logic of a system they’ve never coded when they likely can’t even code is crazy. If that is the general sentiment of the DAO I would advise rebranding/fixing UI for a much more niche tech-heavy audience and letting Coinbase/Binance etc offer safe lending for users and widespread adoption in general. Had this liquidated too many more users the DAO was likely to die.

Edit - It’s really confusing because if you did want to start at 0$ you could do so so so many things to ensure some level of value. They didn’t even enforce “3 minimum bids” or anything to ensure price left the floor or that there was active participation. Literally nothing and I’m wondering how much actual auction experience the devs really had and how well they explained this process to their members, if at all. I would really like to see the chat if there was ever any about the auction system.

Had the system even forced the price to 1$ I would admit a bid took place, but saying that somebody bid “0$ for 0$” just because of gas is silly and valuing ETH at less than 0$ is negligent. Entirely and utterly neglecting the logic/testing behind a key part of the system/lack of audit caused this.

is there a reason MKR needs a separate auction system at all, vs. say farming trades through uniswap and taking a 13% cut of the result of that?

I have also been asking myself the same question. The foundation put a lot of resources into the OasisDex. This made sense to me as I expected collateral to be sold into the order books and the picked up by Dex aggregators. Interested in hearing why it was decided to go with a separate auction system.

MakerMan you skipped " God Bless" at the end.
What is this all about really? Can you please put this in simple words for all of us who are not native English speakers and crypto scientist . Lot’s of people lost everything, or 90% of collateral just like me ( vault#6194 and i should be lucky one). Just like many others i was liquidated way below my liquidation price. So what is MakerDAO going to do about this in order to save the project ? Is this going to be another " And it’s gone" quote from South Park tv show?
Please reconsider payback or compensation to all us who have been liquidated below liquidation price…

So what is MakerDAO going to do about this…

We don’t know yet. It’ll probably get discussed over the next few weeks (or possibly longer.) At the moment everyone’s time and focus is going into making sure that the protocol can survive another market drop like Thursdays and to ensure that the coming FLOP auctions clear successfully and recapitalize the protocol.

I understand that that probably isn’t something you’ll enjoy hearing, but yeah, we’ll get to you guys, but there are other priorities right now.

If I drink Coke and I get fat and get a heart attack, well, that’s a risk I take. I don’t, as a Coke drinker, onboard the risk for a factory process that leaves a piece of a thumb in my can…even if you have some disclaimer in the fineprint and I should have done a factory tour to see the workers with long thumbs on the floor.

Then if we’re saying this is DeFi and product users are also taking on platform risk & Maker holders in this analogy don’t then it’s a crazy crazy product with a skewed risk/reward weighting.

Hi @LongForWisdom. Thanks for the response & this is good, but what assurance do we have that it won’t be swept under after the dust settles? What official commitment to review / agenda has it been added onto that gives us some assurance that it will in fact be addressed? 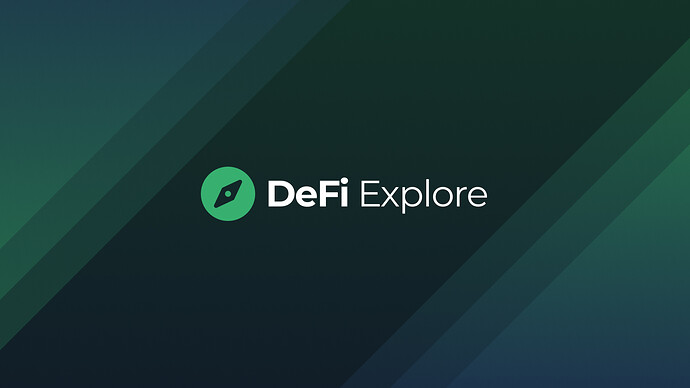 Curious to see how MakerDAO is willing to compensate for the fact that all collateral is gone.

It’s pretty hard for us to make binding commitments as a DAO given that it’s a community made up of many people with differing views. About the best I can offer is to say that nearly everyone I’ve spoken to about it is open to having a discussion regarding compensation. It’s fairly clear (to me at least) that we need to make a decision one way or the other.

I’m fully expecting all of you to scream bloody murder if it does look like we are sweeping it under the rug. But yeah, give us a few weeks, let us sort out our other more immediate problems then we will have that discussion.

It’s worth noting that in order to make an informed decision we are going to need a list of all the Vaults that were liquidated, along with the calculation of how much collateral they should have ended up with given the oracle price at time of liquidation and the 13% penalty. It would be fantastic if Vaults that were liquidated with zero bids could be highlighted separately, as we may want to consider these Vaults as a separate block.

If a group of the affected Vault Holders wanted to work on something like this, it may result in the issue being resolved more quickly.

which was totally liquidated.

Is there any update whether cdp owners will be compensated either by foundation or Thursday’s flop auction? Has the foundation or rune said anything? Also read in Coindesk that some of hte cdp owners are looking to sue the foundaiton?? Can anyone confirm?

I’ve had time to collect my thoughts after a pretty sizable chunk of my ETH got liquidated.

The FLOP auction mechanics are not able to compensate Vault Holders directly. The mechanism for compensation would be governance voting to distribute Dai to specific addresses (any Vault Holders we choose to compensate) using an executive vote and the ‘suck’ function. Depending on how much surplus was available in the system at the time, this may or may not lead to more FLOP auctions.

when will this vote happen and which vaults will be included?

I’m sorry, I don’t have the answer to either of these questions. This is a DAO, and while I’m a prominent member, I don’t make decisions.

Regarding timing, I would guess in a few weeks time, once we’ve mitigated some of the more imminent threats to the protocol.

Regarding which Vaults, I have no idea, we would need to look at the history on-chain and figure out how much it would cost for varying levels of compensation to Vault Holders. As I said before, if the effected Vaults want to start putting together a spreadsheet (google sheet) with the following information, it may speed up the process:

thanks for your response.

is there somewhere we can easily obtain this information from?

@LongForWisdom To provide some assurance to Maker users, can we do an off-chain or on-chain poll to decide whether to compensate vault holders that got completely liquidated? We don’t need to decide the details now, but I think it would calm the community if we could official decide to provide some compensation.