1. Who is the interested party for this collateral application?

2. Provide a brief high-level overview of the project, with a focus on the applying collateral token

Curve is an exchange liquidity pool designed for efficient trading between similar assets, such as stable coins and tokenized BTC. CRV is the protocol’s governance and utility token with time-weighted voting and value accrual mechanisms.

3. Provide a brief history of the project.

Launched in January 2020, Curve allows users to trade between stable coins and tokenized BTC with low slippage and fees. The protocol currently has over 1 billion in locked value and consistently manages millions of dollars in daily volume. In August 2020, the protocol’s governance token, CRV, was launched with a multi-year distribution and staking incentive program. CRV can be time-locked to give users voting rights and fee accrual over the protocol. 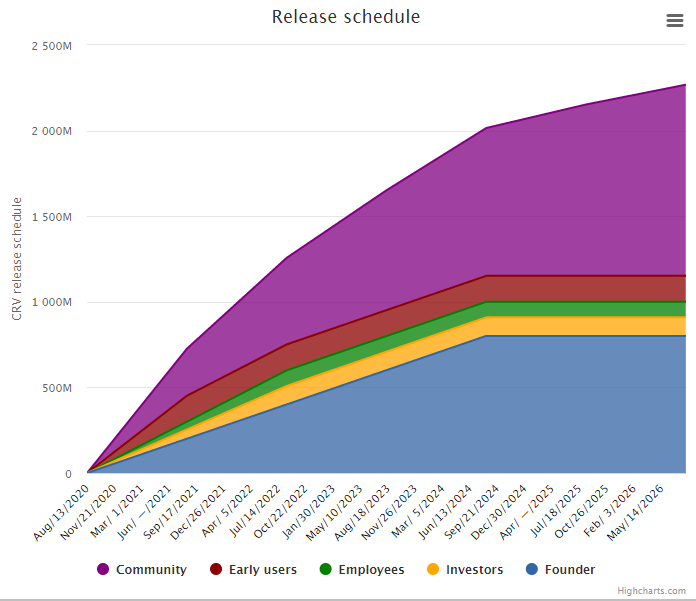 4. Link the whitepaper, documentation portals, and source code for the system(s) that interact with the proposed collateral, and all relevant Ethereum addresses.

5. Link any available audits of the project. Both procedural and smart contract focused audits.

6. Link to any active communities relating to your project.

7. How is the applying collateral type currently used?

CRV is used as a governance token over the protocol. Vote-locking CRV also accrues protocol fees, which are used to purchase CRV and distribute to back to stakers.

8. Does one organization bear legal responsibility for the collateral? What jurisdiction does that organization reside in?

Curve was founded in Switzerland

9. Where does exchange for the asset occur?

Oh snap, I forgot I actually have some vested CRV so technically I hold CRV too!