If you missed last week’s update, here’s a link to Dai on Different Networks #15.

Dai on Different Networks: The Dashboard

DeFi Fall’s been surprisingly green, an uptrend that saw another exodus of humble liquidity miners chasing gains. So, at this point, it’s settled - our theme for the month: liquidity mining and bridging.

The Avalanche and Fantom chains have had a nice back-and-forth as new platforms continue to launch with shiny, new APY’s.

This week’s top mover was the Avalanche chain, which utilizes the Avalanche-Ethereum Bridge. The bridge now holds around 318 million Dai or 4.24% of the total supply.

Despite the downtick, the AnySwap Bridge is still one of the largest off-chain Dai holders with over 270 million in locked Dai.

As discussed in last week’s thread, in a multi-chain world - layer-2 solutions, bridge security, and Dai liquidity are topics worth further exploring. I’m working on a separate post to dive into this further.

Aave is still Avalanche’s money market of choice, with nearly 141 million Dai locked into its contract - and through the protocol, users have generated around 514 million in leveraged Dai.

The Geist money-market surprise-launched on October 5th before locking up over 2bil in assets in under a day, but as towering APY’s have toppled back to earth, that growth has finally stalled.

That said, the protocol still has over 128 million Dai locked in its contract, and the recent release of a Geist 3pool (gDAI-gUSDC-gUSDT) on Curve could see that number rebound.

Geist’s swift rise and decline can also be attributed to the rapid growth of the Fantom ecosystem as a whole:

After a week of slight decline, Fantom currently holds over 250 million Dai or around 3.4% of the total supply.

Where is my Dai (General)

Recent weeks have seen a shift in dominance from the ‘Other’ category in favor of DEXs, Lending protocols, and good old-fashioned cold storage.

September was Optimism’s time, but October’s been all Arbitrum. Over 20 million Dai now lives on the platform, good for a 56% week-over-week increase.

Where is my Dai (Bridged)

Dai now represents only 3.7% of the assets bridged from Ethereum. 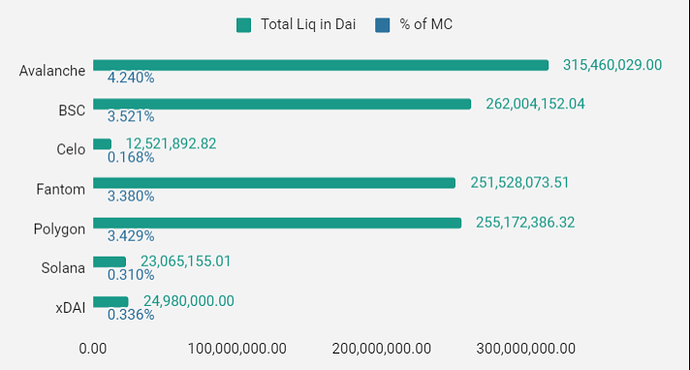 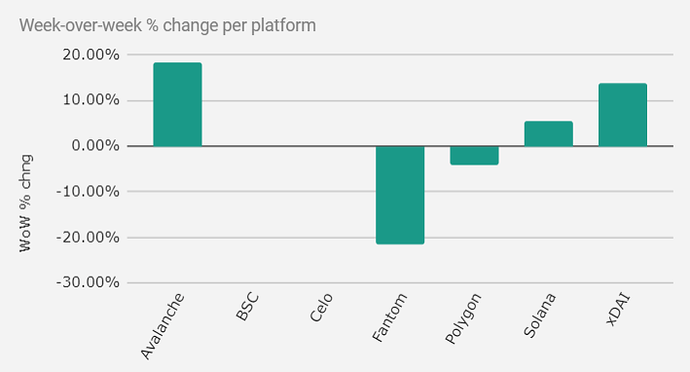 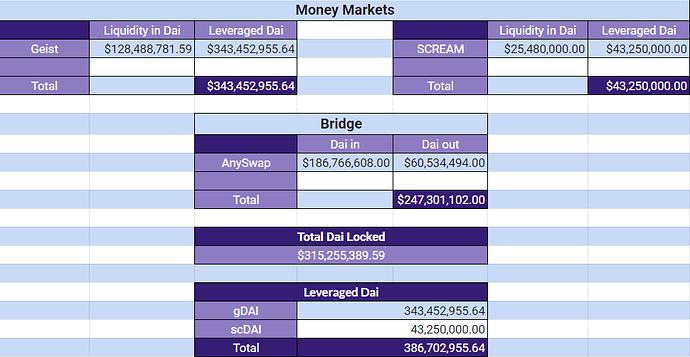 Geist and SCREAM are the top money markets on Fantom, though a poll recently passed with the intent of launching the Aave protocol on the chain.

AnySwap is the preferred bridge to the network, as its top AMM, SpookySwap, utilizes the bridge natively.