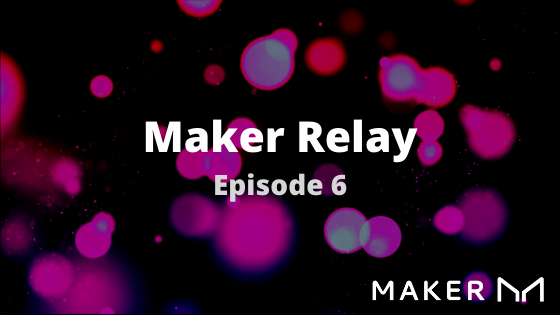 Hey everyone, thanks for checking out Maker Relay!

Whether you hold Maker (MKR) or DAI, own a vault, or want to get more involved in MakerDAO governance, this is your one-stop-shop for updates on the MakerDAO ecosystem.

There was a lot of executive activity last week to move the Dai peg back toward equilibrium.

Most recently, the Base Rate was reduced and DyDx was whitelisted on the ETHUSD Oracle

On Thursday, the Dai price was relieved when the debt ceilings were adjusted:

On Tuesday, the Monthly Governance bundle was ratified which included an increase the ETH-A Debt Ceiling from 220 to 260 million and the following proposals:

The Maker Improvement Proposal (MIPs) Framework provides a clear process for Maker governance to change the Protocol as needed.

This is Week 1 of the August governance cycle.

Proposals in the Request-For-Comments phase include:

Demand for Dai from yield farming is putting pressure on the Dai peg, which went down to 1.01 but currently hovers around 1.03. The debt ceiling was recently raised and its capacity was utilized in ~48 hours.

These raises create a significant amount of tail risk for MakerDAO with so much ETH and USDC collateral in the system. ETH creates liquidation issues in a market crash and USDC has some centralization concern.

@hexonaut added a thread to articulate base rates and the poll winner was a move to -4% which passed on Friday’s executive vote.

“MIP17 was initially rejected from July’s Governance Cycle due to both the solution’s timing and the lack of consensus towards it being the clear path forward for Debt Ceiling and Risk Premium Adjustments.”

The current plan is try and re-architect for two different MIPs: altering MIP17 for simple Debt Ceiling Adjustments and a future MIP for Risk Premium Adjustments.

The team is hustling to get MIP17 revisions in before this week’s Governance cycle begins. Respond to the thread or message @charlesstlouis if you want to help.

State of the Peg 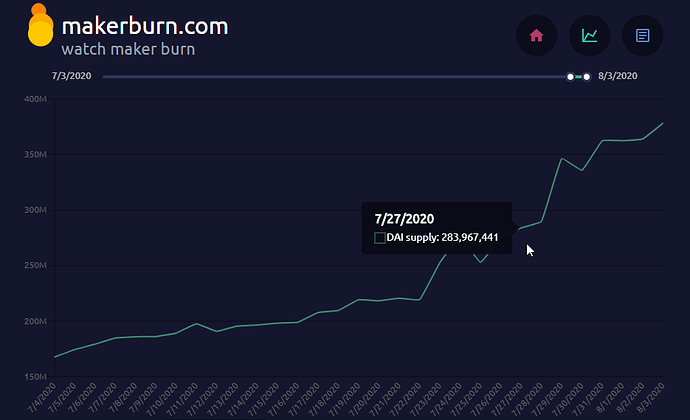 The TRFM can be thought of (roughly) as an alternative to the DAI Savings Rate (DSR) that has more flexibility in terms of applying directional pressure to the DAI price.

At a minimum, three new components would be required to fully implement an automated TRFM in the present DAI Credit System:

MIP20 describes a Target Price Adjustment Module called Vox. Vox is an implementation of a TRFM that adjusts the target price of DAI according to a governance defined rate, allowing the institution of negative effective interest rates.

@equivrel notes that Kurt’s introduction doesn’t address the implication of changing the Target Price for monetary policy (from the current target of $1.00).

Once we have credibly commited to pursuing the new Target Price as the monetary policy price target, only then will Target Rate Adjustment serve as an effective negative real interest rate.

@FourthStreet summarizes the state of discussions around the PSM in in What?, So What?, Now What? PSM Solution:

“How does MakerDao scale while also defending the Peg and restoring confidence in the system in a manner that is sustainable and limits exposure to collateral risk (mainly USDC is the current focus)?”

FourthStreet goes on to describe four major cons with current plans for the PSM to open discussion on how the issues might be mitigated.

Propose technical changes, poll, and vote in the Governance Portal

Learn more about the Maker protocol in our Documentation

We value your input! Post in the forum, take our survey, or join us in the Community-Development channel to let us know what you want to see.

Disclaimer: This update is assembled by a group of contributing members in the MakerDAO community. This does and should not serve as financial advice or an inducement to vote in any specific way. This update is purely for informative and for communications purposes only.