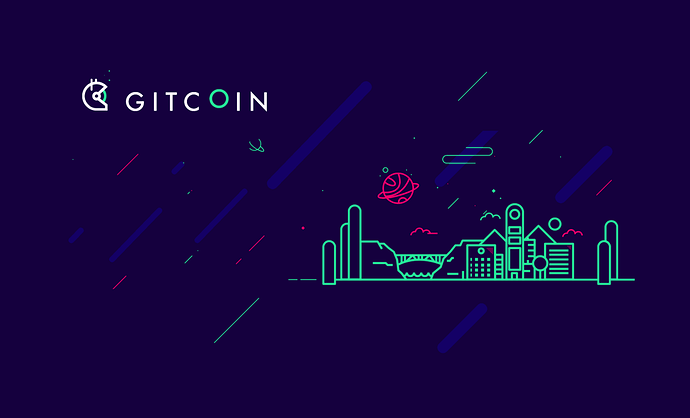 There are many ways to do this, and gitcoin offers a few different products to enable this:

We have delivered almost $5mm worth of funding to OSS devs in the Ethereum community. https://gitcoin.co/results

At Gitcoin, we build products that allow for better incentivized collaboration in the realm of open source software

We will be faithful & responsible stewards of the data passed into the MKR Oracle system.

Note that DAI/SAI are some of the most used tokens on the Gitcoin platform! We have a rational economic incentive to keep the price data clean & good! https://gitcoin.co/leaderboard/tokens?cadence=quarterly&keyword=all&product=all

Do you need a Manager in Switzerland I’ll go there anytime!

I tough you were in boulder Colorado, are you going to expand ?

I am physically in Colorado, but the legal entity is Swiss

Ah, understand! I like the area, i really need to try Germany highway autobahn

MIP10 is meant to handle all of the Oracle related actions. Unfortunately MIP10 has inconsistencies and doesn’t conform to the monthly governance cadence that the Maker Improvement Proposal framework is built around. This has generated a backlog of Oracle proposals. While MIP10 is refactored to conform to the regular MIP process, Oracle proposals such as this one will utilize the more liberal weekly governance cycle. While strictly speaking this makes them not subproposals, they are included in the subproposal archive as a point of provenance to serve as a paper trail.

If ratified, this subproposal would appoint Gitcoin as a Light Feed. Feeds submit data to the Oracles for the prices of assets. They are an important part of ensuring that the Oracles are reliable and secure. Only entities with strong credentials that the community trusts should be permitted to be an Oracle Feed.

Yes. Gitcoin dates back to 2017 and has had a strong presensce within the ecosystem for fostering collaberation and innovation. Most notably it has created a coordination platform for sustainable funding for open source initiatives. This is critical for the Ethereum community which is based on the principles of open source and distributed work between remote entities.

Most notably it has created a coordination platform for sustainable funding for open source initiatives. This is critical for the Ethereum community which is based on the principles of open source and distributed work between remote entities. Gitcoin Grants provide a unique combination of benefits including:
empowering developers to monetize their open source contributions
enabling projects to incentivize developers to learn and hack on their platform
allowing employers to vet potential candidates through real deliverables
creating a method for crowdsourcing features and applications desired by a community

It is the opinion of the Oracle Team that Gitcoin has a trustworthy reputation in the community and would further reinforce the reputation of the Maker Oracles.

The Oracle Team was not able to find any record of confirmed cases of misconduct on account of the organization nor its executive staff.

Yes, public records were able to verify most of the provided information.

The Oracle Team was able to verify the acquisition by Consensys in November of 2017 through press releases issued by Consensys.

The Oracle Team was not able to find any public figures relating to the amount of funding raised that would confirm or deny the $3M figure quoted by the applicant.

The Oracle Team was able to verify the majority of employees through their LinkedIn profiles which were conveniently linked to in the Gitcoin About Us page. A small number did not cite Gitcoin nor Consensys as their employer on LinkedIn but had other publically logged connections to Gitcoin that would indicate involvement.

The Oracle Team was able to verify that Consensys AG is registered and domiciled in Zug, Switzerland at address Gartenstrasse 6, 6300 Zug via Zefix.

Not at the moment, though this is something the community needs to monitor moving forward as Token Sets (formerly Set Protocol), Infura, and Gitcoin are all owned at least in part by Consensys.

Not currently, but similar to the above. Since Consensys is domiciled in Switzerland the exposure to Swiss regulators increases the more Consensys-subsidiary Feeds get added.

Yes, the Oracle Team spoke to the founder of Gitcoin over video conference who is listed on Gitcoin’s website.

The Oracle Team recommends that Maker Governance ratify the proposal to appoint Gitcoin as a Light Feed for the Maker Oracles. Gitcoin is an established member of the Ethereum tribe on a mission to create sustainable funding for open source. Dai is an integral part of the Gitcoin platform. Since its inception grants totalling $2,214,536 Sai/Dai have been awarded accounting for over 70% of all awarded grants. There is a clear alignement of incentives between Gitcoin providing trusted pricing data to the MakerDAO Oracles and Gitcoin’s dominating use of Dai on its platform. The Oracle Team was able to verify most of the information provided by Kevin in the MIP10c14 Light Feed application. No confirmed cases of misconduct related to the organization were found.