To fulfill the mandate of the Strategic Happiness Core Unit.

I am proposing a variable budget that gives us the freedom and flexibility to grow operations as needed.

The Strategic Happiness Core Unit team will include:

Due to foreseeable circumstances, I have largely blown up my personal trading account.

I would like to avoid selling my precious MKR, so it is unlikely I can continue to fund everything from my personal funds. Still, I would love and be honored to continue shipping out the Happiness Airdrops uninterrupted.

As such, I am making minor amendments to my budget proposal.

The Strategic Happiness team should be incentivized toward behaviors that support raising the morale of the MakerDAO Community. In addition to base pay, each SHCU member will operate under a strict compensation structure, a proactive process that aligns incentives with those of MakerDAO.

The compensation structure follows these rules:

The Strategic Happiness Core Unit proposes to vest its members with MKR to further align incentives.

The MKR will be vested over a four-year vesting period, with a one-year cliff, subject to review based on performance.

Vesting is proposed as follows:

Note: Vesting, of course, is optional… but wouldn’t it be nice?

By far, this is the BEST Core Unit MIP application of the Year!!! 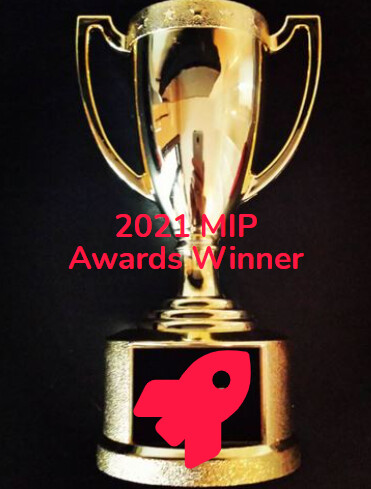 Would you be open to join the DeFi Saver team @aburban90? I think we can offer a very competitive deal.

Would it not be possible to have some sort of link to the forum activity? Like sourcecred? So Strategic Happiness would get some pay for generating forum activity? Just brainstorming here…

Due to foreseeable circumstances, I have largely blown up my personal trading account.

I would like to avoid selling my precious MKR, so it is unlikely I can continue to fund everything from my personal funds. Still, I would love and be honored to continue shipping out the Happiness Airdrops uninterrupted.

As such, I am making minor amendments to my budget proposal.

wowowowowowo, where do I vote to approve this UC right away?

I like this proposal, but is it possible to make some suggestions that I think would possibly increase the chance of this passing?

You make some great points.

I did submit this MIP for the laughs at first. I mean, how could I let @brianmcmichael down?

Though, it looks like my MIP was a little more divisive than I expected.
Some love it, some hate it.

As silly as it sounds, shitposting and spreading good vibes is actually quite important!
Gitcoin gets it: Gitcoin Shitposter Position

Maybe my goals and commitments are too nebulous… but what exactly do you expect from the court jester?

Joking aside, though, you’re right… I can make this MIP more than just a comedic submission. I’ll revise it for the next cycle to make it more viable. Some of your points are pretty constructive.

In the meantime, I’ll keep sending out those swag packs

…assuming I ever get my reup from the swag shop… @Coulter

I did think that the court jester comment was a little harsh, though… or at least unintentionally intended to be.

Jesters are just simple fools, there for the King’s entertainment, right? Great to laugh at, keep well-fed, but by no means a respectable role!

I think that’s the common perception? No?

Well, it turns out, we underestimated jesters and the status they held! They were actually quite intelligent and commanded a good deal of respect. After all, they were the only ones who had free reign to make fun of the King!

Shakespeare wrote many “fools” into his plays, most of whom were treated respectfully… Distinctions must be made within the category of fools, however: clowns, who turn farce into a precise science (think “pie in the face); dunces, who turn their lack of intelligence into a medium for humor; and finally the princes of fooling, the court jesters, who turn fooling into a respectable profession.

The court jester, ridiculous as they may look and act, was a crucial and respected member of the court. In fact, they were sometimes given the role of advisor to their King or Queen, relaying information that others dare not.

…and yes, they were given land

TodayIFoundOut: What was it actually like to be a court jester?

King Henry II awarded 30 acres of land to a jester by the name of Roland le Pettour upon his leaving the court, with one stipulation as a part of the deal - that Pettour must once a year return to the court and “leap, whistle and fart.”

In the coming weeks, let’s find some time to link up?
Help me flesh out some revisions?

@aburban90 I did not intend the term court jester to be interpreted as a harsh comment, not at all. My apologies. Court jesters were the only ones permitted to say whatever they wanted to the King and so were quite valuable. Your Happiness CU could fulfill much of the same purpose, dampening the oh-so-serious discussions at times. A laugh makes everyone more relaxed. I see the value in this.

Had some time to kill on this flight to Miami, but the wifi was too weak to join the G&R call!

Sooo… ended up digging around through the history of jesters instead! lol

When things settle down, let’s make this into a more legit thing!