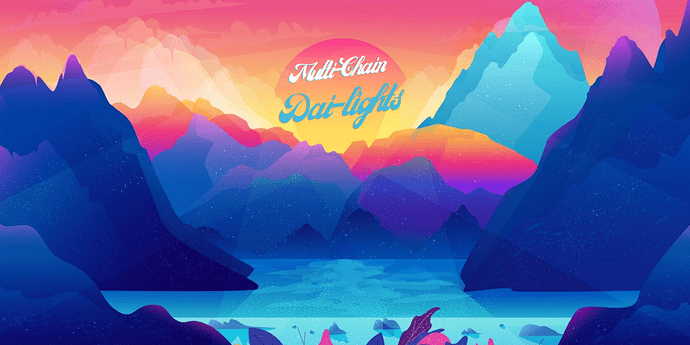 Dai activity and current events on:

I really wanna stop talking about it, but it just won’t let me.

Like clockwork - another week, another 12.3 million Dai bridged to Avalanche. That said, the chain’s overall growth has finally seemed to plateau.

The week also came with a few shakeups in the AVAX ecosystem.

Most notably, the rapid decline of the Blizz Finance money market. Blizz was forked from Fantom’s Geist, which was, itself, forked from Compound. The Frankenstein project’s launch was a resounding success, utilizing the same tokenomics as Geist to lure in users with sparkly, gilded APY’s.

Put simply, rather than a utility token, the developers opted for a farm token. At its peak, Blizz held $1.3 billion. Now it’s hanging on to its last $246 million.

In its place, the remaining three AVAX money markets have continued to thrive, though Aave has solidified itself as leader of the pack.

So, Aave and Benqi are being used like traditional borrowing/lending protocols, while Trader Joe is operating more like a pit-stop.

That said, it’s worth noting that Trader Joe began as a DEX, and still features the farms and LPs that make up the bulk of their product.

Moving outside the top projects, the network has seen an influx of “to-be-released” Play-to-Earn projects. Crabada seems to be receiving the most hype, offering “PVP-infused idle gameplay” with breeding mechanics reminiscent of Axie Infinity.

I mentioned it last week, but if I were to make a scale on the accuracy of reported data, BSC would represent the absolute lowest point on it - and if it were mathematically possible, I’d put it even lower.

The top Dai holding wallets have changed very little in the past 6 months, with various Binance hot wallets holding the overwhelming on-chain majority.

The 261.9 million Dai dictated by the BSC network represents around 2.82% of the total supply.

With a new local ATH of over $7 bil in TVL and climbing, the network was sure to see a few shakeups. The biggest came in the rise, fall, re-rise - and finally, the slow, agonizing decline of Geist.

Like its forked cousin Blizz, as APY’s normalized, users exited the platform in droves. The primary benefactors have been SpookySwap and SCREAM.

SpookySwap is Fantom’s top DEX and offers a full suite of unique features. It utilizes the Anyswap bridge in-app allowing users to easily bridge to and from the network, heavily features its DAI-FTM pool, and recently released an "expert trader mode" akin to what you’d see on centralized exchanges.

SCREAM is a money market that functions similarly to Yearn, but with the functionality that comes with a borrowing/lending protocol.

Along with the usual stablecoin and blue-chip deposits, SCREAM offers competitive returns on governance tokens like CRV and SPELL. The platform currently offers some of the highest DAI deposit rewards on the network, though borrowing rates are still quite high.

Not too much changed on the Gnosis Chain over the week, but as a refresher:

The xDAI STAKE chain has merged with Gnosis Protocol, resulting in the Gnosis Chain. The previous governance token, STAKE, is in the process of being swapped to Gnosis’ GNO token.

The underlying tokenomics look much the same, and wxDAI will remain the chain’s primary transaction token.

With the Gnosis merger, the chain has realigned its focus to building the digital infrastructure necessary to facilitate real-world adoption.

The above protocols have continued to grow, seeing 7-day TVL increases of 16.24% and 7.98% respectively.

Regardless of how you feel about the new direction, the chain will be an interesting one to watch, both for real-world adoption and as a potential scalability solution for the Ethereum base layer.

The newly re-monikered Gnosis Chain is the proud owner of over 53 million DAI or around 0.56% of the total supply.

After a loud Spring and quiet Fall, Polygon has forced itself back into the spotlight, posting a positive net inflow every single day this year.

While its overall growth is still lagging behind some of its competitors, Dai usage has exploded.

The NFT market might be capturing a majority of the network activity, but for our purposes, all that matters is DeFi. Balancer and Quickswap have captured the majority of the recent volume, and despite the December turmoil, Sushiswap’s been no slouch either.

Zooming out, Balancer saw parabolic growth throughout December, leading to 48.9% share of the Dai circulating through Poly DEX’s.

As a whole, Polygon currently holds over 430 million DAI, good for 4.55% of the total supply.

The Aurora chain is being marketed as the NEAR protocol’s “layer-2-esque scaling solution”, in other words, like Optimism or Arbitrum, the chain is secured by layer-1 NEAR.

Aurora, like its mother chain, is EVM-compliant and offers rapid transaction speed and finality.

The chain’s top project is Trisolaris, a recently launched DEX, but the top DAI wallet is Rose, holding around 76% of Dai bridged to Aurora.

Another unique aspect of not just the Aurora chain, but the NEAR ecosystem as a whole, is how it plans to generate its userbase. While all of its competitors offered extravagant liquidity mining programs, NEAR opted to build a team of strong developers by hosting an $800 million grant program.

The chain has a limited dapp menu - but $800 mil says that’s soon to change.

Aurora currently plays host to just over 5 million Dai or around 0.053% of the total supply.

For the past month total Dai circulating the Optimistic network has been slightly off… by around 10 million Dai.

As noted in a recent Signal Request, in early December, a user mistakenly sent 10mil Dai to a burn address.

Fortunately, @csmith of the @Protocol-Engineering-Core-Unit followed up with a plan to recover the lost DAI. The transaction decreased DAI’s total supply on Optimism but didn’t affect the recorded balance on layer-1 Ethereum.

This means that the lost Dai can be transferred from escrow via the Governance Pause Proxy contract, while still maintaining equilibrium between Ethereum layer-1’s transaction records and Optimism layer-2’s.

First, a shoutout to PE for continuing to go above and beyond, and for the absurd degree of innovation and ingenuity that goes into these rescue missions.

That CELO growth rate is like the APY of DAI that I’ve seen is worth hahahaha.

Now I understand that yesterday FTM reached 10B TLV maybe by the time this post was written it wasn’t, I got a bit of a short circuit hahahahaha.

Nothing more to say what a fantastic job!

Have you thought about also create a L2s DAI-lights? So we also can have an historical for DAI on the principal ones: Optimism, Arbitrum, zkSync and StarkNet? This would be amazing and very helpfull too in the future.

and absolutely- appreciate you bringing it up!

Been keeping track, but things have been mostly quiet on the L2 front with liquidity mining in full force on too many L1s to count. Definitely an area I’d like to cover more through 2022. Hoping for a big year for rollups, zKs in particular.

Here’s our current outlook - going to need to dig a bit more into StarkNet and the Voyager Explorer. If anyone has solid reading material, please feel free to shoot it my way!

I’ll dig into more in next week’s edition, but of the listed networks, Arbitrum is definitely the most fleshed-out.

Optimism is still, for the most part, dominated by Uniswap and Synthetix, and Lyra.

The zKs are still in the developmental stage, and while tokens have been bridged - there aren’t many publicly available dapps on any mainnets. But from the sound of it, that’s likely to change quickly.