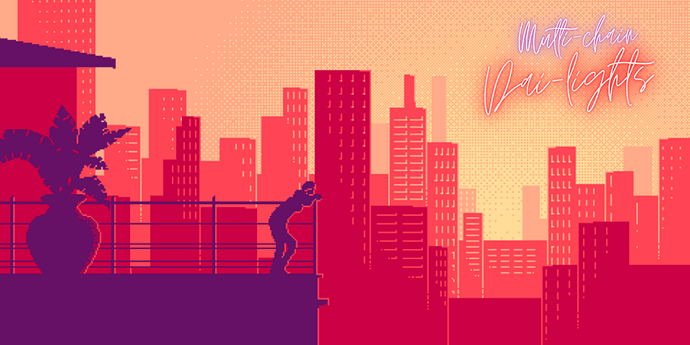 Dai activity and current events on:

Another month, another 33 million DAI bridged to AVAX.

While it has to plateau eventually (…right?), the consistent week-over-week growth has been a legitimate spectacle. The chain now has four projects topping 1 billion TVL:

With three active money markets and the Curve liquidity machine working as a cog, users have continued to race to Avalanche’s EVM-compliant C-Chain.

AVAX currently houses over 580 million Dai or around 6.24% of the total supply.

What has changed significantly is the chain’s active Dai wallets. In the same four months active addresses have grown by over 109%, from just over 40k to around 85k.

The 262.05 million dictated by the BSC network represents around 2.82% of the total supply.

Fantom OPERA has seen its fair share of highs and lows this cycle, but despite the extreme variance in its token price - the chain’s TVL has remained remarkably consistent.

Like Avalanche, Fantom is competing with rollups as Ethereum’s preferred side-chain for decreasing base-layer congestion. Also like AVAX, the chain is EVM-compliant and offers rapid finality and minuscule transaction fees.

But while both offer a suite of protocols ported straight from Ethereum, Fantom has invested more into its own - a strategy more focused on the long-term.

Another unique Fantom feature (where MakerDAO is concerned) is DAI’s place in its ecosystem.

Dai and USDC are the premier stablecoins, integrated and widely used by nearly every DeFi application on the network. USDT, on the other hand, has been relegated to a wrapped token used by few.

As an example, SpookySwap, the network’s largest DEX, features zero USDT pools, while two of its largest utilized DAI and USDC. Curve also chose to deploy a 2pool on the network (DAI-USDC), as opposed to its standard 3-pool split (DAI-USDC-USDT).

The side-chain wars are far from over, and while Fantom may or may not end up the top dog - DAI’s future on the chain is looking bright.

The xDAI STAKE chain has merged with Gnosis Protocol, resulting in the Gnosis Chain. The previous governance token, STAKE, is in the process of being swapped to Gnosis’ GNO token.

Thank you @Lozadaluis12 for the tip-off!

The underlying tokenomics look much the same, and wxDAI will remain the chain’s primary transaction token.

With the Gnosis merger, the chain has realigned its focus to building the digital infrastructure necessary to facilitate real-world adoption.

Gnosis Chain is the proud owner of over 56 million DAI, a 35% monthly increase and good for around 0.61% of the total supply.

Polygon started the craze, quickly overtaking Binance as DAI’s preferred side-chain in Q2 of last year, but it was short-lived.

Its market share bled as users hopped to shinier, newer toys like AVAX and FTM, but December saw Polygon start to make serious strides towards closing the gap.

An internal feud led to the Emergency Shutdown mechanism being called on the Optics bridge, which is the primary bridge to the network. The kerfluffle went public, and Celo saw a quick exodus - dropping from over 19 million circulating Dai to under 3 million in just 14 days.

Fortunately for them, the ship is slowly stabilizing, as December saw a strong 97% increase in on-chain Dai. Celo now plays host to around 5.2 million Dai.

Harmony has steadily grown its bag of circulating DAI, and slowly but surely, applications have started to put it to use.

That said, the largest dapp on the network, the gamified DEX DeFiKingdoms along with its 71.6% on-chain dominance, still offers no incentivized DAI pairs.

It is incredible the amount of DAI that is coming to CELO, and also what CELO itself points out, it would be interesting to see what maker can achieve in this easy access network.

Polygon is exploding, too many people using that network, the gas fee is sky high, it’s sad, I love that network.

I think this change they made with the XDAI network is very positive, this rebranding can help to reach a wider audience. I have participated a lot in the gnosis network and I hope they give positive things for the veterans.