Olympus DAO, as one of the largest DAI holders, is honored to submit the following application for the DAO to consider wsOHM as a collateral to be onboarded.

1. Who is the interested party for this collateral application?
Olympus DAO

2. Provide a brief high-level overview of the project, with a focus on the applying collateral token.
Olympus is a Decentralized Reserve Currency protocol based on the OHM token. Each OHM token is backed by a basket of assets (e.g. DAI, FRAX) in the Olympus treasury, giving it an intrinsic value that it cannot fall below. Olympus also introduces unique economic and game-theoretic dynamics into the market through staking and bonding.

At a high level Olympus DAO features a single token, OHM, which is both the system’s stable asset and its governance token. OHM primarily draws its value from its underlying basket of collateral, which at launch consisted solely of DAI and was then extended to hold FRAX and ETH. OHM can be staked in return for sOHM which allows OHM holders to accrue protocol profits as well as participate in Olympus DAO governance. When the Olympus DAO treasury distributes profits to the staking contract, stakers’ sOHM balances rebase up to match the new amount of OHM in the contract so 1 sOHM always equals 1 OHM. In this way stakers receive compounding yield without them manually harvesting and reinvesting their profits.

Olympus Pro is the new industry-standard platform to help protocols acquire their own liquidity. Protocols no longer need to pay out high incentives to rent liquidity, while also guaranteeing the permanence of liquidity to facilitate transactions.

Olympus Pro solves for liquidity problems by providing bonds-as-a-service for a small fee. Instead of staking their LP (liquidity provider) tokens for farming rewards in a pool 2, users can exchange their LP tokens for the partners protocol’s governance tokens at a discounted rate.
Within a week of launching Olympus pro, has been able to secure 750K for its first 6 partners.
(More details will be provided in the Olympus Pro proposal) 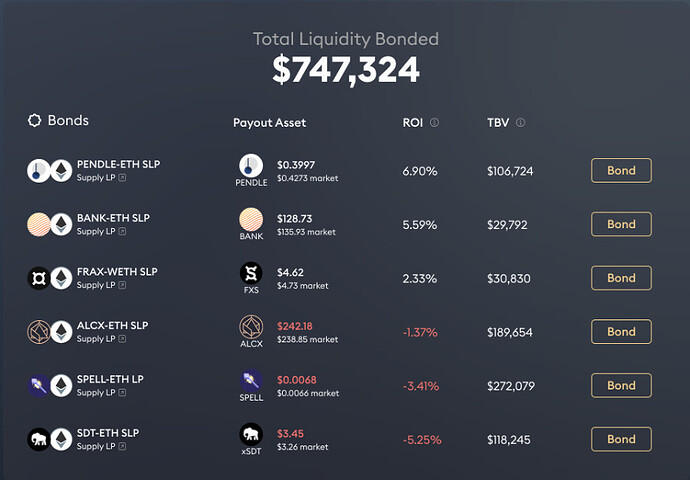 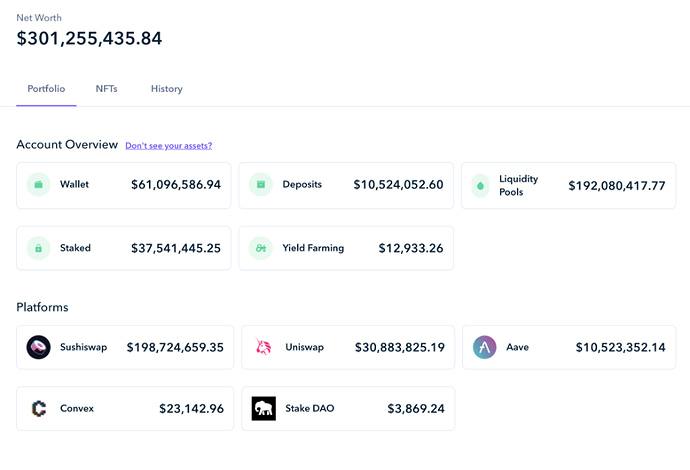 We strongly believe that there is a natural synergy between Olympus and Maker. Adding wsOHM (the wrapped Staked OHM) will allow DAI to extend reserves to one of their largest holders and promoters.

Our current OHM-DAI pool is Sushi has been top volume and liquidity for several weeks.

3. Provide a brief history of the project.

Olympus DAO was announced on February 1, 2021 and launched on March 23, 2021. The project was launched with an IDO (Initial DAO Offering) to all Discord active members that joined the community before March 3. An initial 360 members (Ohmies) participated of the IDO, investing 200,000 DAI.

Today our community is the most vibrant of all DeFI with 22K Members. In its short life Olympus growth has been explosive being the protocol with the highest revenue in the industry, with an annualized revenue of approximately 3.5B. 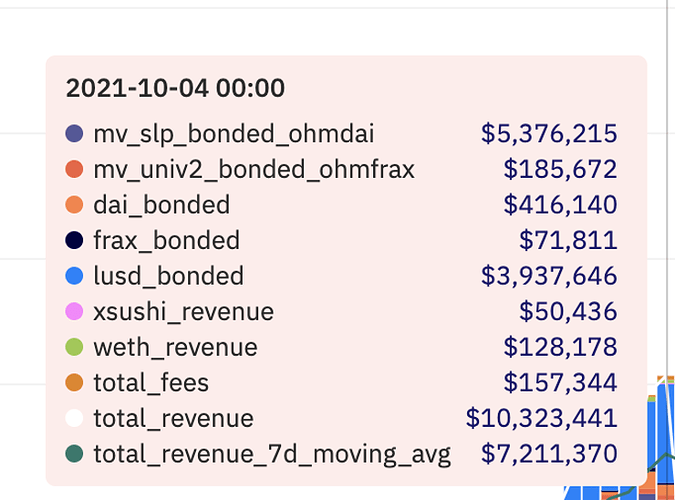 Even though at launch backing per OHM was 1:1 the growth in treasury and mainly DAI holdings increased backing almost 34 times.

More information can be found at

4. Link the whitepaper, documentation portals, and source code for the system(s) that interact with the proposed collateral, and all relevant Ethereum addresses. If the system is complex, schematic(s) are especially appreciated.

5. Link any available audits of the project. Both procedural and smart contract focused audits.

6. Link to any active communities relating to your project.

7. How is the applying collateral type currently used?

Currently the applying collateral is used to participate in Olympus and in the growing ecosystem of partnerships.

8. Does one organization bear legal responsibility for the collateral? What jurisdiction does that organization reside in?

9. Where does exchange for the asset occur?

10. (Optional) Describe whether there are any regulatory registrations for the token and provide related documentation (including an explanation of any past or existing interactions with any regulatory authorities, regardless of jurisdiction), if applicable.

The are no regulatory registration or interaction with regulatory authorities.

Olympus is currently listed in chainlink as the pair OHM/ETH and OHM/USD in Matic.

i think its time the community stops treating olympus as anything but an intricate ponzi, this proposal if passed would be incredibly irresponsible for the entire defi ecosystem and would prevent me from further holding dai

That’s like saying ETH is used as collateral for DAI and then people buy more ETH with it? I don’t see anything wrong with that, DeFi ecosystem is about collaborating and creating systems that work well together.

Olympus has supported MakerDAO since day one by prioritizing DAI over any other stable coins in the ecosystem. Our treasury is the 8th largest holder of DAI if you combine the DAI in the LP we own. This ponzi topic is getting a tad old now, not quite sure how else Olympus has to proof itself.

It’s a systemic threat to the entire system, I am not willing to take that risk and I’m not alone with that opinion.

Could you go more in depth on how it’s a threat to the entire system?

I mean, I would love to answer any concerns but you haven’t really said any compelling reason as to why it would be a “systemic threat” to the entire DeFi ecosystem.

Would love to hear more of your reasonings!

You made a claim that this proposal and OHM is a “systemic threat to the entire system”, but haven’t backed up that claim with any reasoning. Aside from it’s a threat because I said so.

your incentives dry up one day, what happens then? you think people still pay 0.5% to mint then?

So because something may or may not happen in the indeterminant future this entire proposal is a waste of time and should be canned? That still doesn’t sound like solid reasoning to me.

I mean DAI is better collateral than LUSD right? @MRKWHG and @excali these aren’t really a good arguments for not accepting it as collateral - only that the CR should be low.

Let’s try and understand your concerns at a specific level and see if they can be addressed. Saying things like “Could you go more in depth how it isn’t ?” aren’t helpful - if you have a concern say what it is

I would never use Dai ever again, or any protocol accepting it as collateral, it’s that simple, because I’m not willed to accept the risk of those ponzinomics collapsing, there is only risk, no reward

This does not an argument make. You are just making blanket statements. Let’s do some unpacking.

Who is “those ponzinomics”, please define what exactly ponzinomics is and how there is only risk and no reward.

“I’m not willed to accept the risk of those ponzinomics collapsing,” does this mean maker is a ponzi?

any explanation to this conundrum?

smoove brain here, although i’m sure the explanation is simple right?