This has been included in the weekly polls this week in an effort to increase response time to the changes in the market. It will go live at 17:00 UTC today. 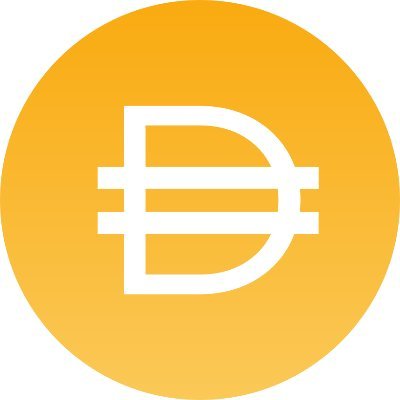 I’m fairly certain these changes will make us unprofitable on an operating basis. I don’t like this, as it requires liquidations to maintain long run solvency if there is not upwards of a 30% increase in vault debt

I will check the math when I am not in the field, but this is unsustainable. We should compete in ways other than price

The OMC has identified moving the USDC off the books as a primary goal.

I cannot support that. Why would we pay money to remove float that is free?

Please walk me through the thinking, because this sounds like a disaster

Many people are concerned about blacklisting of USDC.

Let me be more specific. If we purposefully lend at a loss, not only does that make us unprofitable as our costs continue to rise, not shrink. It also means that we require liquidations for profits, and the optics will be “Maker is a predatory lender” trying to entice a bunch of degen small traders to lever up and get rekt

We all recognize the downsides to the approach. Consider weighing against the optics of “DAI is a USDC wrapper”

Historically, DAI has been branded as a decentralized stablecoin. So as far as branding goes maintaining Decentralization has been made a priority.

Right now it is not about being most profitable but to remain relevant.

Out of curiosity, what is the target percentage of dai backed by centralized stablecoins that your team is aiming for? 30%? 50%? You have to be aiming for some reserves to maintain the PSM

For the record I am aligned with the proposal and support protecting DAI’s decentralized integrity.

I would be interested in seeing the math anyway but can you be more specific about which rates you think make us unprofitable? If the ETH/WBTC vaults are at an operating loss, this would be very surprising given how large those vaults are and given that all costs are fixed.

Maker has offered zero or near zero rates before. The bad publicity wrt rates actually came about when rates were high (20% at one point), but even then they were annoyed more at how quickly the rates rose, not the rate itself!

Agreed with @AstronautThis – historically low rates were never a PR issue, and that would be some surprising logic if people jumped from “rates just got lowered” to “Maker is now more predatory”.

Also agree; the main issue here is the success of the Oasis platform and the continued incentives for borrowers to interface with it and use it to mint DAI. Moving rates lower ensures continued competitiveness against the current top 3 defi platforms by TVL, and may reduce the platform’s reliance on USDC.

We should also be thinking about what we can do with all this USDC. I’ve seen a few folks suggesting that USDC is an opportunity, but I’ve yet to see someone put together a concrete plan to employ it to make money for MakerDAO.

But do we realise that it will be a bearish santiment for MKR holders. Things moving very fast, There are only 10 days since last decrease. That way we can get a massive sell of mkr tokens as soon as this proposal gets throw. Maker is more transparent than any other protocol from not a tech user. But more expensive from liquidation point. What is really can make sence are changes of 13% LR. differentiation.

Maker is actually the cheapest for liquidation. Other protocols take everything, maker return the excess.

If so/ We should find a way to build awareness of that. it still looks like 13% Thats scares smaller traders. What are competitive rates at LR. I have not seen any disscusion on that topic.