The appetite for ETH-A hasn’t slowed down, the current exec raising the line to 2.5B is most probably executed after we hit it. 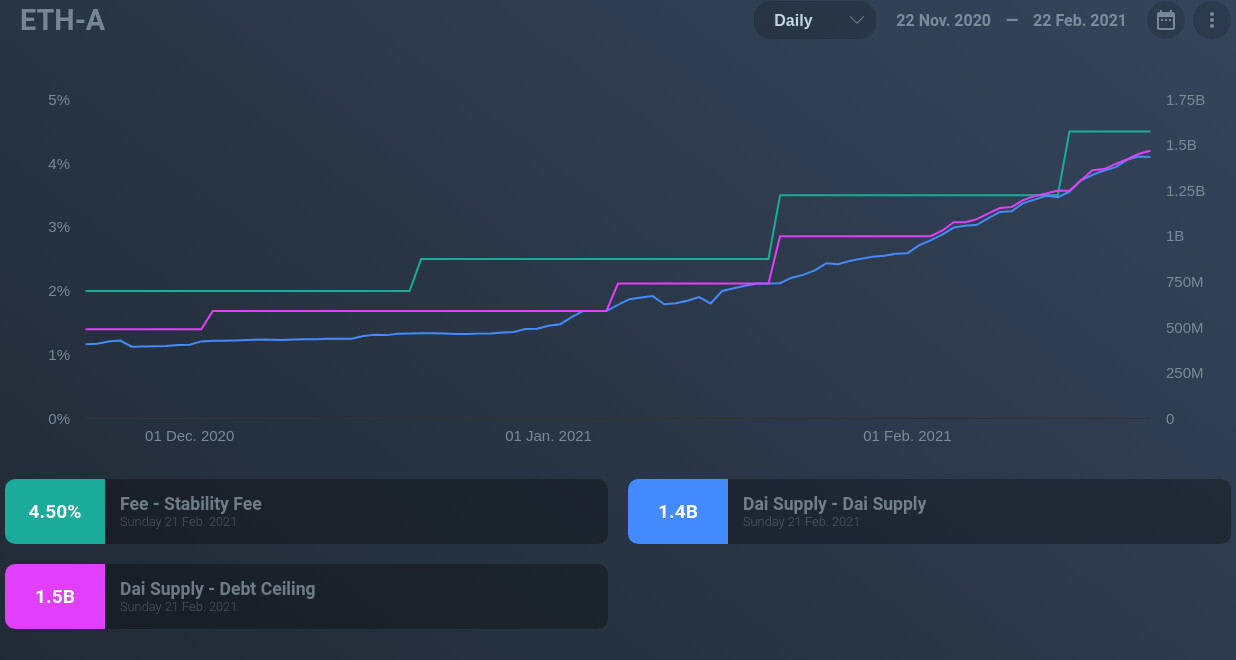 We should prepare for the next increase right now, as the procedure currently takes ~4 weeks before a change is getting into effect (~2 weeks for the signal, 1 week for the onchain poll, another week of waiting for the executive to get into effect).

Additionally, there is a poll running ending this week about raising the gap which might end up in even more DAI-per-DAI from ETH-A.

We already did quite a substantial raise in the last signal, this time I would like to also present an option that maybe does not seem irrational given we are not deciding for a DC, but for a line - going on a really high value so we don’t need to raise the ceiling for the sixth time within two months.

Changing the line for ETH-A

The Poll will run until 2021-03-11T14:00:00Z; its outcome will either result in a on-chain-poll assuming the outcome of the poll deems it necessary or its intermediate results are going to be taken to another initiative - another signal, onchain-poll or urgency executive.

DAI-from-ETH is still super popular - we can go crazy on the SF for ETH-A - but just capping it like we did with ETH-B is not an option.

We are doomed to grow at this point.

If ETH-C is a success a huge line is still not a bad thing. This is why we set up DC-IAM in the first place: to avoid micro governance.

We are doomed to grow at this point.

I guess this will be the last SR for adjusting the ETH-A line for a while. Thanks everybody for participating and for not beeing too fed up my all my SR on that topic