[Signal Request] Should Emergency Action be Taken to Raise the WBTC-A Debt Ceiling?

After the WBTC-A DC maxed out at 20m DAI for 3 weeks, MKR holders passed an executive proposal to increase the WBTC-A DC by 20m. This DC was maxed out after 9 hours. Currently DAI from WBTC makes up 10.5% of total DAI.

Currently DAI has been above it’s peg since March. Recently, there’s been some discussion regarding expediting the governance process for debt ceiling adjustments.

There’s been strong demand to mint DAI from WBTC. Raising the WBTC-A DC aligns with MKR holders goal of increased DAI liquidity to defend the peg.

There are some very liquid curve.fi liquidity pools for WBTC swaps to renBTC and sBTC. Though it should be noted that WBTC liquidations have not been stress tested. Increasing the WBTC-A DC will also expose MKR holders to increased custodial risk, and BTC price risk.

One interesting point brought up in the Emergency Peg Management Governance and Risk Meeting on Wed July 29th is that the protocol has less direct exposure to speculation. DC room is mainly used for liquidity farming opportunities, making it easier for Vault holders to unwind positions during a price crash. Vault holders are less exposed to price risk.

As the base rate is currently at -4%, MKR holders are currently committed to subsidizing risk premia to increase DAI generation. Raising the WBTC-A RP is less urgent. Vote in this signal thread for a WBTC RP change. [Signal Request] Should we change the RPs for various collateral types?

Should the community take emergency action by expediting a WBTC-A DC raise and going straight to an executive proposal?

Please leave any thoughts, comments, or analysis below.

All looks good. One thing I would say is that we need a reasonable level of participation in a poll to justify an emergency action. I’m going to tentatively set the bar at 40 total voters. @Jiecut please let me know asap if you think this is unreasonable.

I don’t think there is an emergency. Did the peg get worse since WBTC was maxed out? No - it got better. It’s probably a coincidence but I’d try the opposite anyway - lower the WBTC DC to 20M and raise the rate premium.

If we fill an 80 million debt ceiling >90% of all wbtc will be locked in maker. I guess I just hope the supply increases like it has before.

Wbtc does seem like our most promising collateral type so far though… I hope coinbase adds it, or we see more usage in other protocols so that the supply can increase dramatically and we can stop facing this chicken and egg issue.

Poll closing in 18 hours. Comment if you have any strong opinions on the WBTC DC increase.

One thing that i want to point out about WBTC is that on average users seem to be collateralizing their vaults less than what we see users of ETH vaults. CR of ETH vaults is on average 3.46 where the CR of WBTC vaults is 2.08.

This situation leaves us a bit more exposed to price risk via WBTC than we are on the ETH lending we are doing.

Personally between the fact that we currently have 45% of the circulating WBTC supply locked in MKR vaults and the fact that we see WBTC users collateralizing their loans much less than we see with ETH, I think the best course of action is to wait to raise the ceiling until we can either increase the LR or more WBTC is minted.

Those are obviously just my view don’t know if it will change anyones vote, but hopefully it is some food for thought.

You can now swap WBTC on FTX. 14bps fee when I made a test quote but it can vary. They’re quite a popular exchange. Quite the addition for WBTC liquidity. BTC on FTX should be more useful compared to coinlist or swapping to renBTC than unwrapping. Need KYC though. 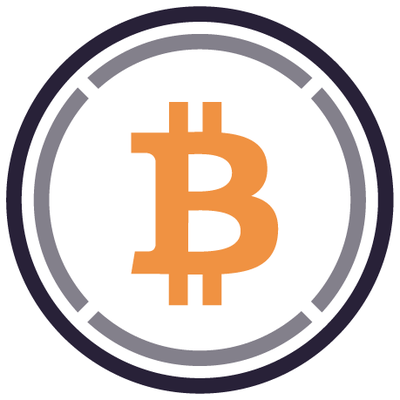 Alameda's first Large mint just went through -- 550 WBTCs! Alameda OTC will be providing over the counter access to WBTC on @FTX_Official twitter.com/WBTCBot/status… 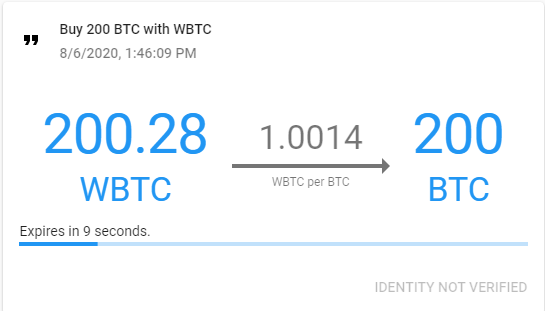 I can confirm that this will be included in this Friday’s executive in some form.

One note on the current results. 60M and 80M have an equal number of voters. I’m hoping this will tip in one way or the other before Friday.

If it doesn’t tip one way or the other before Friday, we’re going to default to 60M, as it’s closer to the status quo.

Anyway in chain vote is probably more important.
But it is very interesting what it showed.

It’s difficult to justify taking 70M when it received so little support. These polls are all multiple choice, meaning you can vote for multiple options. If people wanted 80M or 70M, then they were able to vote for both options.

I know, that is exactly why it is interesting.

Polls closed at 4pm UTC (1 hour ago). A WBTC-A DC increase to 80m was the winning option.

This might be the only item for this Friday’s executive proposal.

The executive proposal to increase the WBTC-A debt ceiling from 40m to 80m has been released. - https://vote.makerdao.com/executive-proposal/urgent-configuration-change-to-the-etha-lump-size-increase-the-wbtca-debt-ceiling

It’s also been lumped with an urgent configuration change to the ETH-A lump size.

Spell has been executed and the WBTC-A debt ceiling has been increased to 80m DAI.

You can still vote in this signal request to adjust the WBTC-A risk premium and various other vaults RPs. [Signal Request] Should we change the RPs for various collateral types?

There’s also been some discussion on the forum/chats regarding a minimum SF parameter.