This week surplus auctions began and it soon became apparent that keepers are taking advantage of the system in its current form. My hypothesis is that the 3% minimum bid increase creates an opportunity for keepers to price out other keepers from bidding as long as they are the first to bid and stay 3% away from the current spot price.

You’ll see here that all of the auctions except the first have one bidder and they stood to profit just under 3%, making it impossible for another keeper to outbid. 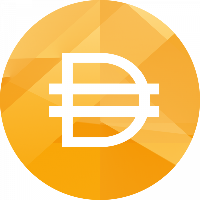 The place to see all MakerDao Auctions. Welcome to the open blockchains.

One question we can ask is, is 3% a reasonable take rate for keepers or should it be as tight as possible? As a MKR holder I would like to see this value optimized as best as possible for MKR burn.

My signal request therefore becomes: Should we reduce the minimum bid increase required for Surplus Auctions (FLAPs), and if so, what should the value be?

Just to refresh people’s minds, 3% was chosen as an initial param out of an overabundance of caution. Auctions were to be new, we had absolutely no historical data, we assumed there would be no UI/UX. We weren’t even sure how many keepers would be participating.

Had it been set to, say, 1%, maybe no one would have shown up, and one lucky keeper walks away with a lot more than a couple hundred bucks. 3% worked well because it is what SCD keepers were used to earning for SCD collateral. That a keeper would come in and bid 3% under market to “guarantee” an easy win was an expected behavior.

All that being said, I think the only way to experiment in these early days is to tinker a bit, and maybe move it down a bit. I don’t really see any analytical way to determine an “optimal” bid increment. We can spend all day arguing about time vs price priority, but I just don’t see us getting anywhere with our limited data.

You can change your vote by clicking show vote and then revoting.

It’s probably worth moving a little bit at a time. I think starting with 2%, seeing how things change, and then moving it down further if this persists would help the community learn more about the impact of this change

I voted for no change, even with current settings not all auctions ends on gain for bidder and there is not that much to gain for MKR holders (like 1% gain - for example instead of 16.76 MKR theree will be 16.90 MKR burned for a single auction) and Question is what is there to loose ? What if Auctions stopped to be taken immediately ? Or due to lower gain where monopolized by one bidder? What with some PR costs ?

From the few flaps we’ve had so far (at 3% min bid increment) the profit for winning keepers seems to be between 250-275 DAI after gas costs, slippage, and MKR/DAI price fluctuation. As of the recent kick/tend winners, we’ve seen consistent prices for gas of either 100 or 101 GWEI. This suggests that a gas war is not yet occurring. If a gas war was happening, I would expect to see the gas price vary either higher or lower depending on the auction.

I would like to wait and see what happens for a few more months - that’s why I’m voting for 3%. If we see gas prices go up above 200 GWEI, then that would mean there are competing auction participants who would be willing to accept a smaller amount. If that happens, I will change my vote to 2.5%. If we still see gas wars happening at 2.5, then I will change to 2%. I like where you’re going with this - no sense in giving money to miners that could go to burns, but I’d like to see some more competition between keepers first.

@lix Your assume all competition is visible on-chain (all keepers are active). Might not be true?
Maybe gas bidding war would complicate keeper’s code enough that they don’t enter the game?

Also, what are the benefits of the having more competition, i.e. having higher number of keepers?
I assume there is increasingly low marginal benefit for every extra keeper? Also, are different auction types somehow coupled and we also need take this in account?

Your assume all competition is visible on-chain (all keepers are active). Might not be true?

Are you saying that there might be keepers who watch but don’t send transactions each time? I guess that is possible. That would be the best case scenario. It ties into this question:

Also, what are the benefits of the having more competition

I don’t want an individual keeper to dominate the market so much that all of the other keepers quit. If there is only 1 keeper, then eventually he could sneak in a crazy bid like 0.000001 MKR and nobody would out bid him. So if there are dormant keepers, then they could capitalize on this and bid the normal amount.

Having a higher bid increment allows the keeper to lose some auctions (and still pay gas) as long as they win enough of them to pay for the gas they lost in previous kick/tends.

Also, are different auction types somehow coupled and we also need take this in account?

No, I don’t think so based on the risk construct proposal has different min bid increments for surplus, collateral, and debt auctions.

Also, after thinking it through another day I still prefer 3%, but I’m not going to push too hard to defend this position. If you guys want to try 1.5%, 2%, or 2.5% I would vote for it. The worst that can happen is the keepers get discouraged and someone sneaks in the low bid I described above. If that does happen, I think the other keepers would learn from that and go into a “stealth mode.” So, it would only be a 1-off thing.

I don’t want an individual keeper to dominate the market so much that all of the other keepers quit. If there is only 1 keeper, then eventually he could sneak in a crazy bid like 0.000001 MKR and nobody would out bid him.

I’m also slightly worried about this happening. If the same Keeper keeps winning then that could be problematic.

Shouldn’t we just have no minimum bid and let the keepers decide what profit ratio they’re willing to accept instead of trying to find an arbitrary % to control them?

Not sure we have to worry about no one bidding. Seems like a red herring.

Not sure if we can fix one keeper dominating. It should be a latency race to get the highest gas price, but there are probably many other factors at play that I don’t know about.

Shouldn’t we just have no minimum bid and let the keepers decide what profit ratio they’re willing to accept instead of trying to find an arbitrary % to control them?

Whats wrong with that? Following that logic they’ll then bid .0…03 MKR all the way to 16+MKR as long as there are other keepers who see profits to be made. No one is going to let one keeper win a bid for .0000001 MKR… and if it happens once you can bet your ass that more competition will come in to arb the profits away.

Like I said, these are theoretical problems that I think aren’t realistic as long as profits can be made and there are enough players in the system. Trying to control market behaviours in this regard I think is unnecessary.

There was additional remark on the last meeting about lot size of 10k being quite high barrier for entering the auctions. Maybe reducing this value could ensure higher participation?

What do you think is a “fair” barrier to entry? How many auctions/day is too many? What are the downsides of having “too many” auctions/day?

Because then keepers wouldn’t bid until the very last second of the auction.
Here is a sort of relevant discussion they had in the chat about the min bid increment.

Does a new bid not restart the auction timer? Seems like that would be an easy workaround no?

I think it does reset, but not 100% sure. I think the goal is to get the auction over with in a reasonable amount of time, so if we had keepers keep raising each other by fractions of a penny then auctions could drag on for years.

I guess you could make the minimum bid increase like .1-.5% or something then.

I don’t think you can really avoid gas bidding war at super optimal levels.
Probably largest mining pools could also be keepers and have competitive advantage?