This week $5,000 worth of DAI was distributed based on Cred scores. Navigate to the DAI Accounts tab of the Maker instance to see your current DAI balance and total DAI earned.

Total Cred created (a proxy for work) saw a slight dip this week, to be expected during a holiday season for many contributors. 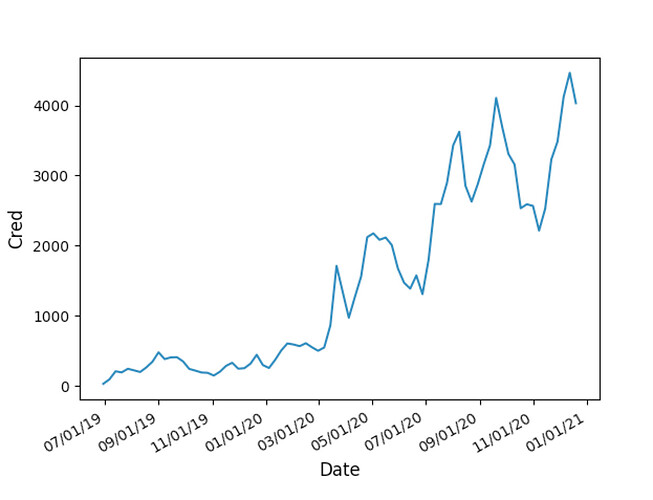 The chart below shows the top new Cred earners in the last six weeks (i.e. their first contribution was made during last six weeks). New users @prose11 and @Cryptouf continue to put up solid numbers, and @Chao.Pan (MakerDAO’s China) lead makes their appearance on the forum. 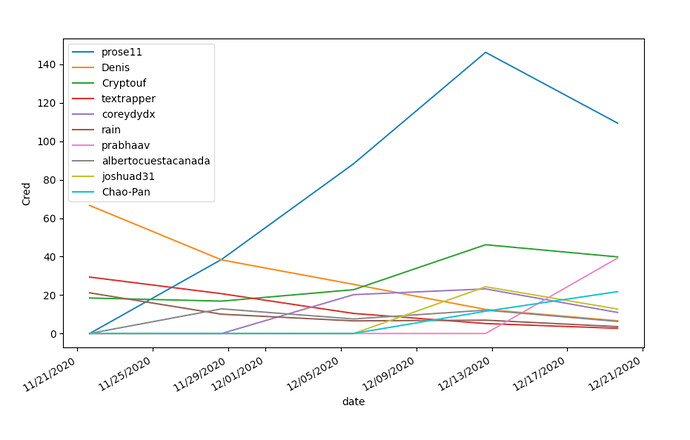 Thanks for your work. As usual

Yes, per the eligibility criteria in the original trial post:

While I may qualify, I don’t need it and would rather see it go to other community members. Can you (a) tell me which account it’s been going to? (b) let me know how I can send it back so that it goes back into the community pool? and © tell me how I can keep being part of SourceCred without getting payouts because I really love the project

We can certainly opt you out @g_dip. If you want to send back the payouts you’ve received so far, presumably you could just send the DAI back to the address it came from (maker-cred.eth, the address SourceCred sends payouts from), or back to Maker (where we get the DAI from). Will ask the SourceCred working group how exactly they want to handle that. Have sent you a DM from @sourcecred-trial-adm with the ETH address we’ve been sending payouts to.

! By which I mean, everyone has a Cred score, which is continually updated with new data, whether or you’re opted in or not. Opting out will just stop payouts based on your score. You’ll still see your updated score in the live instance, and be able to opt in again if you choose.

I must ask though, are you sure this is best for MakerDAO? One of the motivations behind including some Foundation members was to incentivize them to post more on the forums, increasing transparency and engagement with the wider governance community. When I look at your Cred score over time (plotted below), it appears you started contributing in earnest not long after the trial started in June. Was this inspired by the trial? If so, isn’t that a good thing? Will you be as incentivized moving forward if not receiving payouts?

You seem to write quality post that the community appreciates. I’m tempted to say this is just the system working, and would ask the community, is this result not worth the payouts? 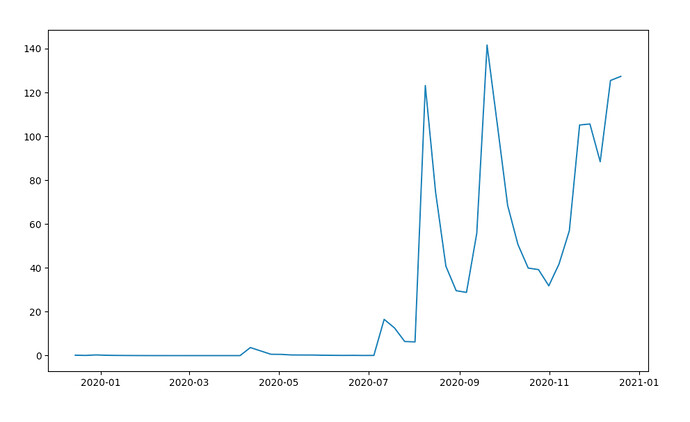 To be honest, I kind of wish everyone was just eligible. It sidesteps a lot of complexity and issues such as these. At the same time, it also mirrors a pattern we’ve seen in other early adopters of SourceCred. Namely that people are sensitive to the relative amount of payouts. Which makes sense. And also raises larger issues around privacy vs transparency that MakerDAO is still grappling with as it decentralizes.

Thanks for the thoughtful reply, @s_ben. Honestly the best way to keep me motivated is to know that the Dai I’m earning is going back to the community. I am in no way saying that other exempt Foundation members should follow my lead on this, everyone definitely deserves their payout including those of us who work with the Foundation, just that in this particular situation I’d like to “pay it forward.”

However since it seems like sending it back would just give the money back to the Foundation and not to the community, let me think about the best way to do this. But can you opt me out going forward so that the full monthly payout is distributed among the opted-in community members?

Sure, will opt you out starting this week.

There may be a way to distribute your payouts so far back to the community. Just need to check with the working group. Don’t want to screw up accounting, incentives (i.e. will changing a variable in the experiment hinder scientific governance/analysis of results?).

No need to do any work on your end, I’ll figure out something to do with it.

Yes, per the eligibility criteria in the original trial post:

Ah, thanks for the clarity. I just assumed everyone with a Maker tag was ineligible.