The Formal Submission entries for August’s Governance Cycle were: 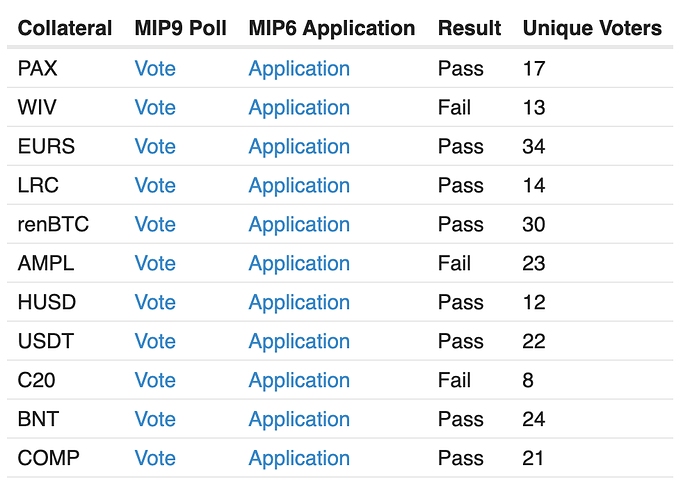 The following proposals are still in Request for Comments (RFC) stage:

A few of the Pre-MIP Discussions that are still ongoing: