What is the next step for compensating vault holders?

@rich.brown complained that, among other things, we need to start a new thread to map out the next steps for compensating vault holders, On-chain vault compensation poll, draft

This is a new thread.

I have prepared, with input from the community, what I thought might be the next poll, https://github.com/makerdao/community/pull/496

It seems like this poll will not go live today because consensus has not been achieved. We can update the date to April 20 or whenever once consensus is reached that this is the appropriate next step and that we’re ready to consider it.

Thanks for updating Joshua, as i understand it now that the poll has ended, Compensation will be awarded back to the Vault holders and the next poll decides if the Compensation is in Dai or ETH?

as i understand it now that the poll has ended, Compensation will be awarded back to the Vault holders and the next poll decides if the Compensation is in Dai or ETH?

Thanks Joshua just read Rich’s post, as i understand it the intention for compensation to be awarded has been signalled and approved by the votes however there are several other moving parts to this which in turn first need to be worked out before ultimately deciding on the final variables for the compensation?

Why is the second step to determine the denomination? Wouldn’t it make more sense to get the community aligned on a plan, map it out into a roadmap, then figure out which parts need to be put into the polling system?

Sure. In fact, in refining the new poll, it has become evident to me that the denomination of compensation does not really make that much of a difference.

The community may find out that some of those implementations are not possible. What happens when voters get upset that what they signalled for isn’t the same things as what actually happened? For example, in this poll it’s not clear who is going to custody these funds or how the transactions will take place.

Yeah, how will this happen? I guess I imagined that the Foundation will handle the technical implementation, but I’m not sure specifically who would be responsible. Anybody from the Foundation want to chime in? 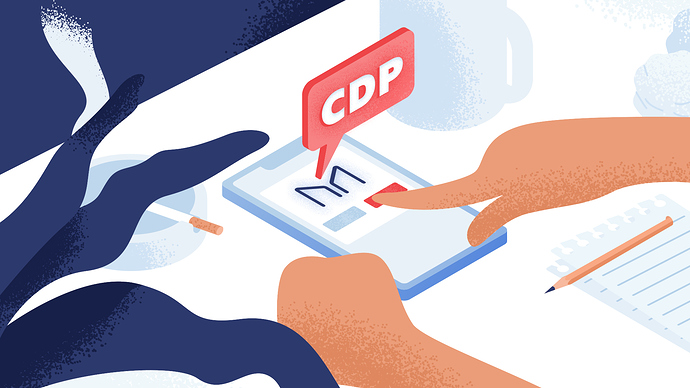 A proposed class-action lawsuit will be filed Tuesday against the Maker Foundation and several of its affiliates, The Block has learned.

Can we add the following tags to this thread: covid-crash vault-compensation black-thursday

I know @MakerMan is working on an analysis of the Vault liquidations. Maybe it would be best to wait for him to present his results before moving forward with more polling?

Right now I am waiting for production of a new dataset for final analysis.

There is a small hitch here that turned up in my analysis that I am reticent to discuss publicly at this time that has been reported to the Maker Foundation for final checks. I will omit details of this from final report and it will only be a slight change to final numbers (on order of 1%)

I should have my new dataset for final analysis tomorrow. Preparing with what I have now to produce what I need so once I have the new dataset - and provided I don’t have to add much by hand - should allow me to complete this by the weekend.

Once we have this liquidation report we should be able to proceed with discussion and polls with respect to level of compensation. Apologies to all vault holders waiting here. We really want to get this right rather than be rash. It is my hope patience will be rewarded.

Makerman thank you for your work on this, if theres anything we the vault holders who were affected can do to help with the process please do let us know.

Thanks hsingh21. Right now it is simply an issue of tossing out enough reasonable compensation scenarios.

My issues are as follows:

In the above I simply look at this from the perspective of ETH lost and don’t even try to associate a DAI value. We can deal with this as a seperate issue if people decide they want to figure this out in DAI. I do have market pricing data.

Along with this report has to come an analysis of what happened pre Black Thursday (3/12-3/13), and then between Black Thursday and the governance auction change (3/13-3/16) and then auction data post 3/16.

I also want to present something of a general report including totals regarding amount of ETH liquidated, total tab value, liquidation gains, losses, etc. before breaking that data down into details.

The point of this analysis is to give everyone an inside look into the guts of how the auction system is working in the MCD both in good and bad times (black thursday being the worst) and given the current construction of the system (LR, and Liquidation fee) in conjunction with auction performance in terms of market price yield (as a % of market prices on various exchanges at the time as well as OSM) over these dramatically different periods.

Excuse the lack of brevity in the reply I am still in the thick of this trying to get everything together. Once a decision is made on the actual scenario I will produce a vault by vault compensation report.
The other thing is I have to add vaults that self liquidated that are also seeking compensation. If I forget you guys - don’t worry once I get this first run done on the data I will be revisiting all the claims where people self liquidated. It is my hope that once we figure out how much collateral we will make up people can then look at what they did themselves and determine if what they got back was over or under the level of collateral compensation the community will be looking at.

The goal here is that once we decide the class of people who will receive compensation and the level that everyone within that class will be treated equally. If there are ‘special’ cases outside of the ‘class’ we decide these probably will have to be petitioned to governance specially. Rather than have to vote on each one seperately I think we will want to bundle those.

This is just off of the top of my head thinking and notes. I know a lot of people are watching the status here and if I can get another 4-6hrs uninterrupted time I should be very close to completion of my basic work. Then I have to actually write up the report noted above.

The liquidation penalty should be charged on outstanding debt not total collateral value. Maximum recovery should be:

Would this be calculated at the liquidation price or lowest price shown on the oracle?

I.e liquidation price $155 but not liquidated/auctioned until $90

The way I was told system determines the DAI ask for a ‘lot’ of collateral is to take the vault tab multiply by 1.13 and ask for that DAI for the auction. Bidders first bid up the DAI for the lot. Once the tab is hit as a bid then the reverse auction starts where bidders reduce the amount of collateral they want for the tab.

EDITED above and elsewhere to be 24.67% thanks maxlev

I haven’t seen the data, and maybe 21% is the realised recovery as a result of slippage. But your calculation is still not right, as it is applying the 13% to the collateral value.

You did link to the SCD in the above but this doesn’t correct bad math.

Working the math again thinking you might be right.

Perfect case no over or underbidding or market deviation this leaves me with .37 x (DAI owed) of collateral and gives .37/1.5 collateral back or 24.67% of the original.

Good catch! I will adjust accordingly. I see a consistent trend in the data and there is definite scatter higher than 20% but it is good to have the theoretical calculated correctly.

I have a second draft of this report and am correcting errors.

Folks, Just a general update. dataset is complete. I am just working the report write up first draft I completed last night and endeavoring to tighten it up. Someone showed me another analysis that was done on 3/23 that made me think ‘amature/hack’ job on my report as this thing was done in 10 days and looks wonderful. My report goes beyond this and it looks like most of my numbers all done in DAI either match or are exceedingly close (what auctions one calls Black Thursday seems to be the rub - when I am looking at the entire MCD ETH liquidation history in my report as a backdrop).

Man we should hire this team to really do a full liquidation report. I wonder what it would have cost.

Anyway. Apolgies for the minor report delay here folks. My wife and kids are going crazy and my workplace shifted my home work and hours last minute so I am trying to juggle a lot of stuff and get this out. Data looks decent I just want to adjust a few things for a cleaner presentation and will just have to knuckle under if/when one or more find errors and move on. Expect updates daily as I feel I am late now on this and under pressure to complete.

Be safe and try not to go crazy!

Thank you MakerMan!!! Stay safe too.

I’ve done a small investigation about the address and where did it goes, there is some available report already pointing at some address from another source.

I do not want to interfere into this conversation because there is many involved here, but this is something that could be done.

As someone effected greatly by this I look forwarding to seeing the data collected.